The Isuzu Southern Kings and Toyota Cheetahs experienced mixed emotions in the Guinness PRO14 this weekend after both sides were in contention for victories but ended up on the losing side due to costly errors.

The Toyota Cheetahs’ failure to convert a number of opportunities into points against Ulster paved the way for a 20-10 defeat in Belfast on Saturday night, while the Isuzu Southern Kings were two points behind the Scarlets on the hour mark in Llanelli before a late slump saw them go down 36-17.

Both coaches lamented the defeats, but took comfort from the fact that there were positives they could take from their performances.

Toyota Cheetahs coach Hawies Fourie said his side were their own worst enemies in the match which cost them their place in the top three on the Conference A log. They are now in fourth place behind the Glasgow Warriors.

“I have mixed feelings about the game,” said Fourie.

“In the first half we were in their 22m area for a long time, and we got three penalties there, and then we lost two lineouts in a row on their tryline so we couldn’t turn that pressure into points.”

He added: “The first try that Ulster scored just before halftime was a soft moment. They played through 10 phases and got momentum from every one of those.

“We didn’t drive them back or come quickly off the line, and in the end they scored rather easily, which was in contrast to the rest of the game where we defended well and drove them back in tackles.”

One of the positives Fourie drew from his side’s display was the way they adapted to the northern hemisphere conditions.

“In general, I am satisfied with the way we varied our play at times and how we put pressure on them with our kicking game,” said Fourie.

“Clayton Blommetjies had an outstanding game at fullback and took eight high balls under pressure. “The backs attacked well and saw space and attacked in the right areas, and with a bit of luck we could have won this game.

“It is a bitter pill to swallow to lose like that after we played well. I still I feel we are playing better in the weather conditions and we are slowly getting the right combination and balance of when to attack and when to kick.

“The players are becoming a lot more comfortable with the wet ball and aren’t scared to try things so there are a lot of positives, but I would have liked to have won the game.”

Isuzu Southern Kings coach Robbie Kempson was frustrated by their defeat against the Scarlets, but similarly to Fourie, he said there were aspects they could build on going forward.

“There were some positives that we could take out of it,” said Kempson.

“If we had stuck to our game plan the outcome would have been very different, but we didn’t. We allowed the Scarlets to get too much ball and play too much in the second half.

“With the coaches they have, their counter-attack will always be excellent. We put ourselves in our own predicament and it cost us in the end.”

Kempson emphasised the cost of their mistakes, saying: “We tried to bring on fresh legs, and then the mistakes snowballed which unfortunately gave the Scarlets the opportunity to score tries.

“We were in the game with 20 minutes to go and we threw it away because of silly errors. It is something we have to look at going forward in terms of the composition of our squad.” 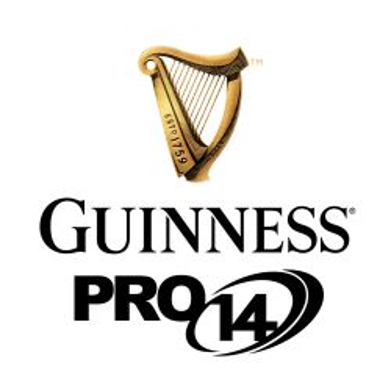