Togolese president Faure Gnassingbé has won a fourth term in office, according to provisional results declared by the national election commission.

On Monday, the commission said he won 72 percent of the vote in the first round of presidential election.

According to the Togolese electoral commission, former Prime Minister, Agbeyome Kodjo, who served under the regime of Gnassingbé Eyadema, came in second with just 18 percent of votes on Saturday.

This widely anticipated win for the 53 year old extends the dynasty of the Gnassingbé‘s of the former French colony for more than a century.

Gnassingbé has led the country of 8 million people since he took over in 2005. This follows the death of his father, Gnassingbé Eyadema, who ruled the West African nation for 38 years. 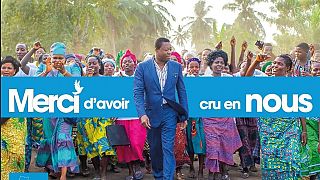