Following a racist incident in a Portuguese football championship match on Sunday February 16, Moussa Marega of Mali is calling for stricter measures to eradicate this scourge which is growing in European football. For the FC Porto striker, who has been targeted by racist abuse from fans, this is no longer the time for “no racism” speeches and slogans.

During the match between Porto and Guimaraes, which ended in a 2-1 victory for his club, the Malian international suffered what he calls “a huge humiliation” and decided to leave the field in the middle of the match after scoring the dragons’ second goal in the 60th minute of the game.

L’Aigle did not celebrate his achievement with the usual joy by a striker. Instead, he pointed his forearm several times towards the stands, as if to reference the color of his skin. This gesture did not please angry fans, who began throwing projectiles in his direction, including ripped seats, earning him a yellow card.

Exasperated by the racist chanting, he decided shortly afterwards to leave the pitch. The efforts of his team-mates to dissuade him from doing so were in vain. He gave way to Wilson Manafa and returned to the changing rooms, pointing his two thumbs down and his two middle fingers up to denounce the behavior of the fans.

It was not long before he received massive support from many prominent figures. On social networks, the messages followed one after the other. In a press release, the Portuguese Football Federation said that racist abuse against Moussa Marega should be “severely punished”. For Prime Minister Antonio Costa, it is imperative to effectively combat this type of behavior.

The President of the Republic, Marcelo Rebelo de Sousa, for his part, expressed his indignation and support for Porto football. The Portuguese press has also taken a unanimous stand against racism.

The Portuguese police, for their part, said they were studying surveillance footage of the stadium to identify those who insulted Moussa Marega. The police would like to see matches stopped in the future in the event of an incident such as the one that occurred on Sunday.

And, as the coronavirus continues to plague China, sports enthusiasts and professionals alike are wondering what the possible impact on the Olympic Games will be. These come just over five months before this year’s Olympics. For organizers of Tokyo 2020, the International Olympic Committee (IOC) and the International Paralympic Committee, cancellation is out of the question.

Public health experts also believe that there was no need to consider cancellation at this stage of the organization. As a reminder, the Vancouver 2010 Olympic Winter Games were held during the 2009 pandemic influenza outbreak without any particular incident. The same was true for the Rio 2016 Olympic Games, which had been threatened with cancellation due to the Zika virus epidemic, and there again these Games were held without any problems.

In view of these examples, public health experts believe that there is therefore a good precedent to say that the Games can be held safely during a public health emergency, but that it is obviously important to continue to study the risks. In addition, as part of the planning for the Olympics, the surveillance system put in place detected the first case of coronavirus in Tokyo.

Communicable diseases would be part of the insurance policy for Tokyo 2020, for a premium of around 360 million euros.

While organizers usually insure themselves to cover loss of income from ticket sales, the IOC may also have its own insurance to cover sponsorship and distribution income.

Landmark events such as the torch relay – which starts in Greece on March 12 before the “big start” in Japan on March 26, and the detention camps of crucial teams could still be affected by this global health emergency.

Organizers and athletes have been planning the Tokyo 2020 conference for several years, and experts hope it can continue “on track” as the countdown to the opening ceremony on July 24 begins. 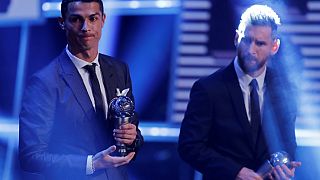 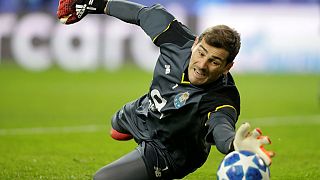