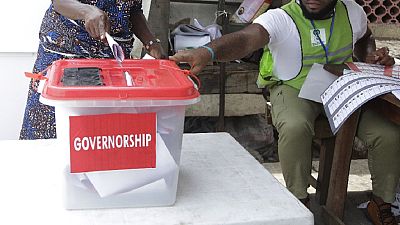 Nigeria’s Supreme court has overturned results of a gubernatorial election in the southern Bayelsa State. At the heart of the ruling is the fact that the governor-elect’s deputy had presented forged documents in the application process.

The decision means the ruling All Progressives Congress (APC) candidate loses his seat to the opposition candidate. This was the third stage of a challenge that kicked off after elections in November 2019.

The electoral commission INEC in November 2019 declared ruling APC’s David Lyon, winner of election but the court said due to Lyon’s deputy’s compromised documentation, the People Democratic Party (PDP) candidate Senator Douye Diri should be issued a certificate as the duly elected governor.

The supreme court held that the action of Degi-Eremienyo affects Lyon because both men ran on a joint ticket, the report added.

The decision came barely hours to the day of inauguration, February 14 and at a time when rehearsals and all other preparations had been finalized.

The seat was previously held by the PDP so victory in November was viewed as a resurgence of the APC and President Buhari in the oil-rich region. Bayelsa is the home region of former president Goodluck Jonathan.

Gubernatorial elections are fiercely contested in Nigeria, where governors remain influential personalities, controlling the finances of their state and key areas, ranging from education to health and infrastructure.

Reports say Nigeria, the most populous country in Africa with 190 million inhabitants is battling with challenges of electoral violence and fraud, such as vote buying, voter intimidation and ballot theft.

President Buhari congratulated the new governor of Bayelsa State in a statement on Monday, deploring the incidents.