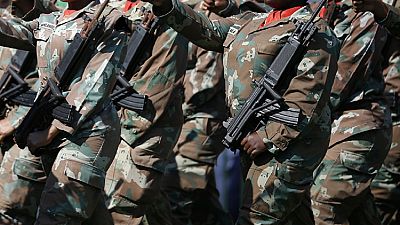 The twin factors of rigor and aptitude worked against about 80% of female candidates who applied to join Liberia’s military, the BBC corespondent in the West African country has reported.

For a group, their physical fitness was where they failed. In spelling out some requirements for a would-be recruit, army chief of staff, Maj Gen Prince C Johnson, said he / she must: “meet certain [a] number of push-ups, sit-ups and to be able run like two miles.”

Army officials said whiles the predominantly urban group missed out because they were physically unfit, those in the rural areas who did well with the fitness part were disadvantaged with aptitude tests.

Women in rural places achieved high scores when it came to physical fitness, but when it comes to the aptitude tests they did not do as well as those in urban areas, the army chief added.

“I am not degrading any region, but this is what our survey has proven,” the general said. The minimum academic qualification for a recruit should be high school education.

The army had decided to do pre-recruitment training for women wanting to join the army. After the women had passed a medical they would undergo what sounds like a boot camp, the BBC report added.

The army chief of staff said: “We will take four weeks to prepare you.”