Lesotho’s ruling party, the All Basotho Congress, ABC, is having strong words in an introspection over recent political crisis that involves its leader and Prime Minister, Thomas Thabane’s household.

Often refered to as Africa’s Switzerland for its scenic landscape and friendliness, Lesotho seems to be battling its biggest ever scandal. The unresolved violent murder of its former first lady.

Two days before prime minister Thomas Thabane was sworn into office in 2017, his 58-year-old estranged wife Lipolelo Thabane was gunned down near her home. Two months later the new PM married 43 year old Maesaiah Thabane, now accused of the murder.

Thabane’s 2012 coalition government was marred by political bickering, followed by an army-led coup in August 2014. Leading to his exile in South Africa until 2017 when he returned and was successfully re-elected.

Now the murder seems to have put the government at odds again, with the deputy president of Thabane’s ruling All Basotho Convention pushing for his resignation. The now 80-year-old prime minister has promised to resign without confirming when.

Although the next national elections are due in 2022, the opposition party is already gunning for the seat while the ruling party is yet to settle on a candidate. 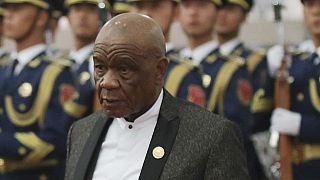