Host nation Cameroon intensify preparations ahead of the African nations champions as the team has won all preparatory matches along the way and barely over a month to the start of the competition, team Cameroon is expected to play both Congo next week.

Inter Milan goes top of the serie A after dominating eternal rivals AC Milan 4-2 on Sunday, while Juventus lost 2-1 to Lecce. Dortmund were stunned by Leverkusen in Germany while PSG kept the faith, dismissing Lyon 4-2 on Sunday.

Algeria’s Islam Slimani got a late winner for Monaco as they travelled to Amiens, while Nigeria’s Moses Simon and Victor Osimhen both scored goals in the French Ligue 1 plus other Africans who made headlines over the weekend  . 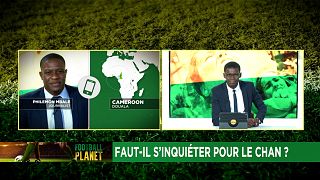