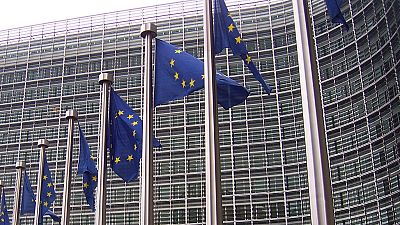 The European Union has expressed its readiness to contribute to an “inclusive” dialogue in Guinea, following the announcement of a constitutional referendum, which the opposition denounces as a manoeuvre by President Alpha Condé to seek a third term in office at the end of 2020.

“Unity and peace in Guinea must prevail over partisan interests,” the EU said in a statement on Friday.

Guinea has been the scene of protests since mid-October, which have left at least 29 dead – 28 civilians and a gendarme – against the long-standing plan of the president, elected in 2010 and re-elected in 2015, to seek a third term at the end of 2020. The current constitution limits the number of presidential terms to two.

Unity and peace in Guinea must prevail over partisan interests.

The draft of the new constitution released in December, which will be put to a referendum in less than a month, maintains this limit. But the opposition suspects that the adoption of a new constitution will serve as a pretext for Mr. Condé, 81, to reset his presidential counter to zero.

“The preparations for the electoral process and the decision to merge the parliamentary elections of 1 March 2020 with a constitutional referendum are deeply dividing the country,” the EU said.

“The importance of this double process makes it necessary to ensure, through an inclusive dialogue, the conditions of transparency and inclusiveness, as well as respect for the framework governing the elections”, she added.

The European Union said that it was “ready to contribute to the facilitation of an inclusive dialogue, in partnership with regional and international players”.

On Friday, the United States had already expressed its “concern” about the situation in Guinea, urging “all parties to engage in a non-violent civil dialogue”.

A prominent opposition who has been in exile and in prison, Mr. Condé was the first democratically elected president of Guinea in 2010, a country of 13 million people, poor despite significant mineral resources.

His accession marked the establishment of a civilian government after decades of authoritarian and military rule.

However, the opposition has denounced a rule as a “dictatorship”.