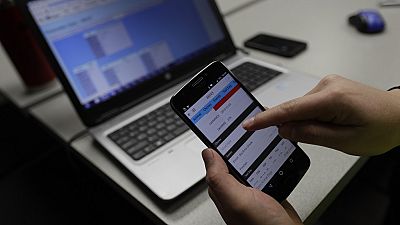 As part of our news analysis slot on Africanews, we will be updating a media watch page that deals with major issues of media ongoings across the continent.

It will cut across happenings in mainstream and across social media with also a special eye for fake news.

A young Ugandan climate activist Vanessa Nakate used Twitter to call out American news outlet AP after she was deliberately cropped out of a photo ostensibly being the only person of colour.

She was part of activists during last week’s World Economic Forum in Davos, Switzerland. She received lots of solidarity from the platform. The AP issued an official apology over the incident. Nakate’s Twitter account has since been verified.

Meanwhile, the BBC was caught in a tight corner during coverage of the death of American basketball star, Kobe Bryant, who was killed along with others in a helicopter mishap on Saturday, January 25.

The BBC rolled footage of LeBron James whiles reporting Bryant’s death. Social media as usual reacted furiously following which a rectification was effected and an apology issued for what BBC said was a “human error” that fell below their “usual standards.”

Africans have been divided on the subject of reactions to Kobe’s death, whiles the larger majority sent condolence messages and shared positive Bryant content, others said Africans should focus on sympathizing when Africans are adversely affected.

If you know you know. pic.twitter.com/oZNmqA1rqF

Togolese were without internet from Wednesday after connectivity dropped across the West African country, internet rights group, NetBlocks reported.

Most people reacting to the development on Twitter drew political meanings into the outage alleging that the government was “testing the waters” ahead of presidential polls in February.

But another internet rights group, Paradigm Initiative, quoted the state-run Togo Telcom as saying the issue was a technical one which arose from a fault with submarine cables in Spain and Portugal.

Beninese private radio station Soleil FM, owned by politician and business mogul Sebastian Adjavon, has fired all 41 employees in the wake of a government suspension of their operations.

“We are in cessation of activities since the radio is suspended until further notice by the High Authority for Audiovisual and Communication, the HAAC,” Virgile Ahouansè, a journalist and leader of the staff union told AFP. He said the dismissal letter was delivered on Tuesday.

He deplored the suspension stressing that: “the body invested by the constitution to protect press freedom has come to such a radical solution that does not take into account the right to information of Beninese.”

In mid-December, the radio, one of the few in opposition in Benin, received a letter from the president of the HAAC ordering “suspend programs until further notice”. Saturnin Djossou, its chief editor confirmed that the station had unsuccessfully applied for a renewal of their license prior to the suspension.

A Burundian journalist has been arrested after filing a report on misuse of public funds in the country.

Blaise Pascal Kararumiye who works with Radio Isanganiro was arrested on Thursday, his employer confirmed to the BBC.

The authorities have not disclosed the charges against the journalist and he was interrogated without a lawyer, station director Sylvere Ntakarutimana added.

Ahmed Hussein Suale was an unknown name and face in Ghana until his assassination in January 2019. That one incident became the biggest blot on Ghana’s mediascape in the year under review.

Ahmed was a key investigator with undercover journalist Anas Aremeyaw Anas. Reports linked his death to a production that unraveled corruption across Ghana football. A loudmoth lawmaker was cited prominently as inciting violence against Ahmed, whose photos he showed on primetime TV.

Anas posted a homage on the slain investigator on his social media handles. Meanwhile, the push for justice in the matter of his death continues in Ghana. The West African country has routinely been classed as the freeest space for journalists operating on the continent.

You were killed in the pursuit of truth.
We will never forget.
We will fight till justice prevails.#Justice4Ahmed #JournalismIsNotACrime #SayNoToCorruption pic.twitter.com/ygh1VDTSoF

From a top jailer of journalists only a few years ago, April 2018 marked a turning point in Ethiopia after Prime Minister Abiy freed all detained journalists. The media scape has been crucial in driving Abiy’s reforms despite threats of hate speech and fake news.

Journalists in the country have now moved towards the formation of a professional association as pertains across much of Africa and the world. This is not the first time post-2018 that the idea has been raised.

In its 2019 report, Reporters Without Borders, wrote that media freedoms were being eroded following some incidents in 2019. The RSF report said a journalist was being detained in the line of work contrary to claims by Abiy that no journalist was behind bars during his Nobel Prize ceremony in December 2019.

More than 400 journalists mobilized ourselves within few days. This professional association is going to be the real deal. Salute to those who started the initiative. #Ethiopia pic.twitter.com/DJvs5lLC4x

A private TV station in Nigeria, Channels TV, reported last weekend that its cameraman and another were briefly detained by police and their tools assaulted. They were covering a protest in the central Benue State.

They were shortly released and all their materials returned. But on social media most people rather took to mocking the stations choice of words in reporting the incident.

Channels said its cameraman was assaulted by police but people advised that they use “clashes with police” as they have done when other classes of people happen to get involved with the police. Most of the retaliatory reactions were posted under their tweet.

The Daily Monitor portal in Uganda reported the brief arrest of two journalists who were picked up whiles covering the banned political consultations by musician, lawmaker Bobi Wine.

Bobi Wine was twice blocked this week by police when he tried to undertake political engagements. His People Power Movement had planned nationwide consultations towards his presidential ambitions. police arrested Wine, collaborators and some journalists.

They claimed our first consultation was blocked because it was an open venue. We secured an enclosed one. They lied we didn't have owner's permission. We produced evidence of payment. They have now intercepted us. Journalists arrested. People being clobbered. Dictator in panic pic.twitter.com/T87hwbhVeI

The private Nation newspaper in Malawi reported the arrest of journalists on Wednesday December 8 as they went to the main airport to receive n European Union delegation for post-election duties.

The Nation’s journalist Golden Matonga, ZBS journalist Steve Zimba and his television camera person Francis Chamasowa were released after being charged with “Disordery at an airport contrary to Aviation Act”.

The trio, who had their cell-phones and cameras confiscated by police were arrested at around 4pm, the time the EU delegation was scheduled to arrive. They were released on police bail around 6.30pm. #NationOnline

Reports indicate that there is a partial internet cut across several towns in western Ethiopia. The development has been in place since Monday.

The move is believed to be in connection with rising insecurity in western Oromia regional state where the army continues to battle a former rebel group. Over a dozen officials of the region have been killed in the last few months by suspected rebels in the area.

The BBC adds that “in some areas mobile call services are also not working.” The state monopoly EthioTelecom has yet to comment publicly on the situation. The outfit twice last year cut the internet; first over national level examinations and in the wake of a foiled coup in the Amhara regional state.

In Sudan, the state continues to squeeze media outlets affiliated with ousted president Omar Al-Bashir. Two two newspapers and two television were affected by the measure.

Al-Sudani and Al-Ray Al-Am newspapers and Ashrooq and Teeba television stations were banned for allegedly receiving funding from al-Bashir, AFP news agency has reported. The punishment was meted down by a committee tasked with dismantling institutions linked to the former leader.

But editor-in-chief for the Al Sudani, Diaa al-Din Belal rejected the allegations in an interview with AFP: “We operate under a private company and we did not receive any funds from a party or a government authority,” Belal said. Bashir was deposed by the army amid protests in April 2019.

He has been jailed in a corruption case whiles other cases are running in the courts. Sudan is currently under a military – civilian council overseeing a transition to democracy. 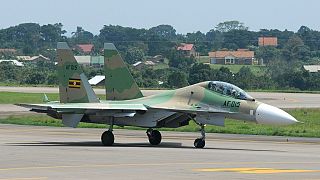