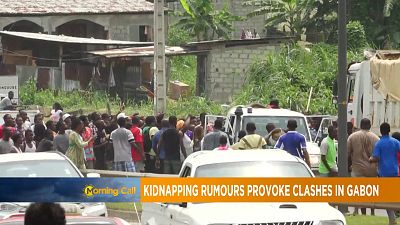 The Gabonese government has announced a “substantial deployment” of security forces, especially near schools, to respond to what it calls violent incidents caused by child abduction.

In a statement released last Friday by the government, at least one child has died as a result of the recent abduction cases in the country.

Messages about kidnappings of minors have been circulating on social networks for more than a week, rekindling recurring fears of ritual crimes in Gabon and provoking the anger of the inhabitants.

Protesters blocked roads and burned tyres in the capital Libreville on Friday, as rumours circulated of a wave of child abductions.

In some areas, traffic had been brought to a complete standstill as impromptu roadblocks were set up “to make sure that no one was hiding children in their cars.

And there are in fact more planned actions by the populace.