United Kingdom-Africa Investment Summit, how does London hope to strengthen its economic ties with the continent?

This week, some 15 heads of state and government took part in the first ever UK-African summit, which focused on increasing trade and investment, particularly in energy and sustainable cities.

Maurice Simo Djom, specialist in economic intelligence and author of the work ‘‘The Economic War, joined us online from Camerron’s political capital Yaounde, to discuss the stakes of this maiden summit. 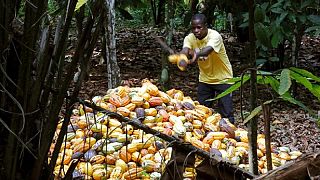