The West African nation of Togo goes to the polls late next month (February 22) to elect a president. It will be the fourth successive vote with the incumbent contesting.

Faure Gnassingbe has been president since winning his first vote in 2005. He was reelected in contested polls of 2010 and 2015. CENI, the Independent National Electoral Commission, closed nominations on Wednesday and are due to announce a final list today.

The candidature of president Faure Gnassigbe is all but set as is that of Jean-Pierre Fabre, leader of the Alliance for Change (ANC), the main opposition party in the country.

Fabre was leader of an opposition coalition that organized mass protests between 2017 – 2018 demanding the president to step down and for wide ranging political reforms. He led several marches in the capital Lome, most of which were forcibly dispersed by police with deaths and injuries resulting.

Government agreed to talks that were mediated by Ghana president Nana Akufo-Addo. Subsequently a constitutional reform process was launched despite opposition reservations about it.

A key reform agreed was limiting of the presidential tenure to two five-year terms maximum. But despite having been in power for over twelve years at the time, the law was to take effect starting 2020. It meant that the incumbent could seek two more terms as president.

Many analysts see the election as a straight contest between Faure and Fabre. Much like the case across most African countries were there is an incumbent and a strong opposition usually with other smaller candidates.

Another candidate whose name comes up strongly is Gabriel Messan Kodjo, or Agbéyomé Kodjo, the candidate of the coalition of Democratic Forces.

After CENI’s publication of the official list of candidates, the electoral campaigns will kick off on February 6, two weeks to the polls. It will end a full 24-hours to the opening of polling centers. 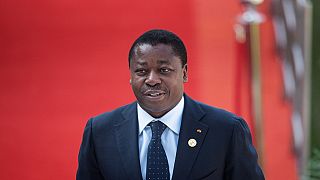