From CFA Franc to Eco: the end of an era? [Business Africa]

Ivorian President Alassane Ouattara announced an overhaul of the CFA franc, a currency used by eight states in West and Central Africa, most of them former French colonies.

Supporters of the CFA franc say the link to France provides currency credibility and price stability.

Critics say the arrangement is “post-colonial,” preventing countries from exercising monetary sovereignty and enabling France to wield clout in its former colonies.

Economist Samuel Mathey gives his take on the challenges that may ensue following the adoption of this new currency.

US - Africa economic relations and prospects 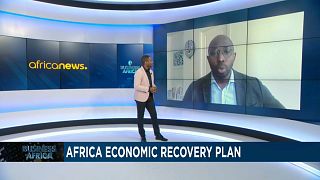 US - Africa economic relations and prospects