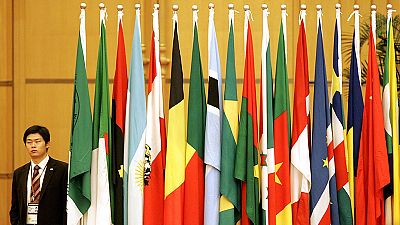 China is featuring prominently in the news media and deservingly so for several reasons. It has grown from a relatively obscure, poor country in east Asia to a global power.

China’s economy is the world’s second largest and by some measures, the largest. It is a super power and holds immense diplomatic clout.

It runs a unique development and economic model that’s given birth to massive transformation and lifted hundreds of millions out of poverty in under three decades.

Yet, coverage of China in the news media has barely shifted to acknowledge these dynamics. Western media often portray China as a bogeyman, as an adversary.

Even in the face of a fast changing global geopolitical landscape, Beijing is not given its due place. It is reported about as an encroacher, sneaking into other people’s spheres of influence. It is not treated as an equal.

China’s presence in Africa has been placed under tough scrutiny. Its lending to countries on the continent has been labeled predatory and a ‘debt-trap’ by western media and leaders, even when there is no evidence to back the claims.

The Belt and Road Initiative (BRI), a program to build ultra-modern infrastructure linking China to the rest of Asia, Africa and Europe- of which Africa is a key target, has seen Beijing build power stations, thousands of kilometers of roads, railways and ports. The media often portray these projects as too big, too costly and too unnecessary.

The same language is not extended to projects financed by lenders based in Washington and Brussels or built by companies from London or Paris.

But such is the China discourse from the West’s point of view, one that’s riddled with double standards, dishonesty and outright hypocrisy.

Not surprising, the discourse on China-Africa relations too has been affected.

In Africa, the absence of effective policies by media houses on how to cover China and its ties with the continent partly explains why there is so much misinformation, disinformation and misrepresentation.

African media houses should develop policies, guidelines that seek to report the China-Africa story rightly and with rich context. It should be one that features African voices, not one that relegates them to 5-second sound bites or simply omits them.

It should be one that presents the Chinese as partners, as stakeholders in Africa’s development. It should be a story that builds trust, not one that fans hate and xenophobic sentiment.

It should be journalism that is bold and courageous. One that calls out excesses such as corruption. Where Chinese nationals or companies are caught in wrongdoing such as environmental abuse, African media should endeavor to tell the truth without slipping into anti-China biases.

Moreover, China’s relations with Africa are complex, multi-faceted and multi-dimensional. The reporting by African media should provide the much-needed nuance necessary to give especially audiences away from the continent a good idea of the picture on the ground in many African countries.

Broadly speaking, Africa must choose how it wants to treat China. Whether as a foe or as a partner. The media should help people choose whether people who come to build bridges, roads or to help them produce more rice should be treated as friends or enemies.

The media should help people in Africa decide how to relate with people whose phones and technology are keeping them connected and are helping to power an affordable, inclusive digital revolution.

Without a strong African media response to shape the debate on Sino-African relations, the narrative will be lost to people who write from Washington and London or simply fly in for a few days and then out to write a story.

China is not perfect. But seeing it through the perspective of someone else is very dangerous. We need to have an African view of China. One informed by our complex realities and relations.

The story of Africa and how it deals with China will be best written by people who live on the continent and who have carefully studied the continent’s economic challenges, infrastructural needs and budgetary difficulties away from reports issued by the IMF and the World Bank.

But this calls for increased training, cooperation between African and Chinese journalists. Already, there are hundreds of radio, TV stations and newspapers that have signed cooperation agreements with broadcasters and publishers in China.

Chinese nationals, entities and diplomats working in Africa should too be encouraged to be more open and responsive to the press.

Ronald Kato is a senior journalist at Africanews. He is a China-Africa Press Centre Fellow and writes about China-Africa relations and how the news media reports about China. @RonnieKulabako