Statement of Mohamed Ibn Chambas, UN Special Representative for West Africa and The Sahel, on The Gambia

Libya: Tens of thousands of children at risk amidst violence and chaos of unrelenting conflict 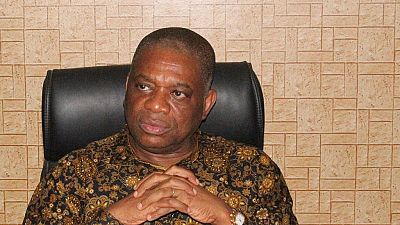 A former governor of Nigeria’s southeastern Abia State has been jailed 12-years for fraud by a court sitting in the commercial capital, Lagos.

The country’s anti-graft outfit, the Economic and Financial Crimes Commission, announced securing judgement on Kalu and two others in a fraud case that involved 7.65 billion naira (about $20.9m.)

Also convicted were two other defendants, his firm Slok Nigeria and an official that served under him as Abia State governor. “The judge also ordered that Slok Nigeria Limited be wound up and its assets forfeited to the Federal Government,” EFCC statement added.

He served two maximum terms as governor between 1999 and 2007. He is currently a sitting Senator representing Abia North. He won in the 2019 elections on the ticket of the ruling All Progressives Congress. He currently serves as Senate majority chief whip.

Finally, a former Abia State Governor, Orji Uzor Kalu, who was prosecuted on a 27 counts by the EFCC has been jailed.#SayNoToCorruption #EFCCFightsForYou pic.twitter.com/OTepYmdASd

State governors are powerful political voices and power brokers across Nigeria, most of them have serially been accused of high-level corruption but they are shielded by immunity whiles in office.

A former governor of Ekiti State, Peter Ayodele Fayose, is currently being probed by the EFCC. In the north central Kano State, the incumbent governor, Abdullahi Ganduje, is the subject of a dollar bribe saga.

Another ex-governor Rochas Okorocha is no stranger to controversy. He justified and built a number of statues with over $1m of tax payers money.