The World Health Organization (WHO) on Tuesday approved a historic vaccine to combat Ebola virus.

The drug called, Ervebo and manufactured by MERCK pharmaceuticals had until now been used in the Democratic Republic of Congo, DRC, as an experimental vaccine to the latest outbreak in the country’s east.

The global health outfit said there is sufficient evidence that shows that the vaccine is effective. Ervebo effectively becomes the world’s first ever drug aimed at prevention of Ebola.

According to standards, a WHO prequalification is granted to a trial medication only after a drug passes important safety and efficacy tests.

Experts have hailed the development as a crucial step that will accelerate access to and deployment in countries most exposed to Ebola epidemics.

The announcement follows the European Commission’s decision on Monday to authorise the marketing of this vaccine manufactured by the US laboratory Merck Sharpe and Dohme (MSD).

Now, the various UN agencies and the Gavi Vaccination Alliance can obtain the vaccine “for countries at risk”.

Since the beginning of the epidemic in the DRC, which has killed some 2,190 out of more than 3,290 cases, over 236,000 people have been vaccinated with the first vaccine, according to WHO, including 60,000 health professionals.

A second vaccine, still experimental and developed by Johnson & Johnson, administered in two doses 56 days apart, is to be introduced in mid-November in areas where the virus is absent. 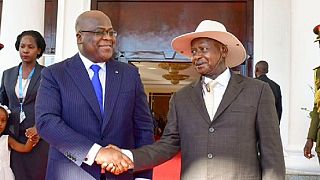 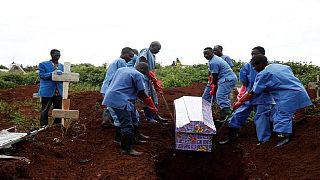 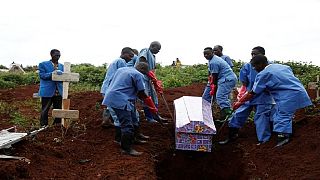