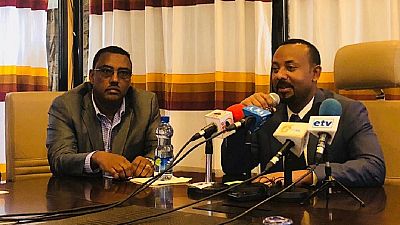 Announcing the decision, a top regional official, Lelaku Alebel Addis wrote on Twitter: “Cognizant that it intertwines Ethiopianism with identity & [because] it is a means to implement a genuine federalism, the Central Committee of Amhara Democratic Party (ADP) decided to join the new multinational party & continue the struggle.”

ADP’s move is seen as a major endorsement for Abiy’s plans which has met opposition from a number of activists and politico-security analysts.

The idea of the proposed Ethiopia Prosperity Party, EPP, has been widely debated on social media but no official announcement has been made. Elections are scheduled for next year with the PM stressing that they will hold despite security concerns.

The TPLF are known to be stiffly against the idea of a united party. Some reports suggest that even with his own ODP, Abiy is facing some challenges to the proposal.

The SEPDM on the other hand, led by Minister of Peace, Muferiat Kamil; have also not commented on the move.

The region the party governs, the Southern Nations, Nationalities and Peoples Region, SNNPR, is currently facing a referendum that aims to carve out a new region by the Sidama people. If successful, it will be Ethiopia’s 10th regional state.