Coronavirus - Africa: Refugees in Africa ‘even more vulnerable than ever’ amid COVID crisis

The Africa Investment Forum is making phenomenal progress in attracting interest from all over the world since launching at the Sandton Convention Centre last year. The value of boardroom transactions which will be negotiated this year will be considerably higher compared to $43bn in 2018.

A hundred and nine countries are represented at this year’s conference, 61 of which are not African, indicating growing international interest in the annual gathering.

International financiers spoke at Monday morning’s press conference about the need for African countries to work together in order to speed up the continent’s international appeal as a lucrative investment destination.

Afreximbank President Prof. Benedict Oramah expressed concern over the fragmentation of 55 markets on the continent. “Until Africa forms a common platform for an economic and integrated continent, some countries will not survive. All around the world continents are working together. Multilateralism is becoming a challenge and unless the continent comes together we cannot negotiate with bigger economies,” said Oramah.

A growing number of companies attend investment conferences around the world, looking for opportunities. The Africa Investment Forum 2019 has 29 countries that are participating in deals on the table. Last year, the African Development Bank (AfDB.org) invested $18bn in low-income countries and fragile states which many developed economies regard as too risky. The African Development Bank President Akinwumi Adesina said the bank is not scared of going into those countries. “It is my neighbourhood and my neighbourhood cannot be risky. That’s why the Bank has a facility that is called the private sector enhancement facility, which allows us to go into risky investments. We invest in places where people think we can never go and we don’t lose money there. We are going to make sure that investment continues to go into low-income and fragile states.”

One of the success stories following last year’s conference is the agreement the Bank signed with the Eastern and Southern African Trade and Development Bank (TDB). TDB President Admassu Tadesse explains, “It helps if you find partners you can scale-up collectively. We have signed with the African Development Bank a risk participation agreement that amounts to $300m that allows us to move speedily into deals and have partners that will work alongside us.”

The TDB will also be signing an agreement with the European Union Bank.

The Africa Investment Forum is an innovative, multi-stakeholder transactional marketplace conceived by the African Development Bank, aimed at raising capital, advancing projects to the bankable stage, and accelerating financial closure of deals. 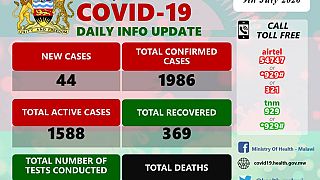