Tunisia; a story of a successful Arab Spring 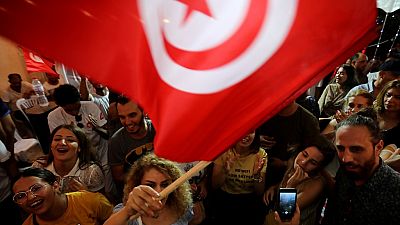 Tunisia has been a model of successful democratic transition in the Arab world since its revolution in 2011, despite socio-economic difficulties, with other Arab Spring countries sinking into chaos, repression or war.

This Maghreb country, open to the north and east on the Mediterranean with 1,300 km of coast, bordering Algeria to the west and Libya to the south, has more than 11.5 million inhabitants.

In March 1956, this French protectorate obtained its independence. A year later, the Republic is proclaimed, the dynasty of beys dismissed and the father of independence Habib Bourguiba becomes its first president.

Sick and old, it was dismissed in 1987, after a long authoritarian drift, by his Prime Minister Zine El Abidine Ben Ali, who is then elected and re-elected in controversial elections.

On December 17, 2010, a young street vendor, overwhelmed by misery and police harassment, set himself on fire in Sidi Bouzid (center-west), triggering a protest against unemployment and expensive living. The demonstrations, marked by bloody riots, spread to the whole country.

On January 14, 2011, Ben Ali fled to Saudi Arabia. Other Arab countries will be won by popular protest.

In October, the Islamist Ennahdha movement, legalized in March, won with 37% of the first free vote in the country’s history.

In 2014, Tunisia adopts a new Constitution and then organizes legislative elections, won by the anti-Islamist party Nidaa Tounes before Ennahdha – both parties will seal an unnatural alliance thereafter.

In December, Béji Caïd Essebsi is elected president by universal suffrage. He died in July 2019.

Tunisia has been considered a pioneer in women’s rights in North Africa and the Middle East since the adoption in 1956 of the Personal Status Code, which gives Tunisian women unprecedented rights.

The code abolishes polygamy, institutes judicial divorce and sets the minimum age of marriage at 17 for women, “subject to their consent”. It also opens the door to education, the freedom of choice of the spouse and civil marriage.

The 2014 Constitution introduces a goal of parity in elected assemblies. In 2017, Parliament passes a law to combat violence against women.