Tanzania defends decision not to share Ebola information with WHO 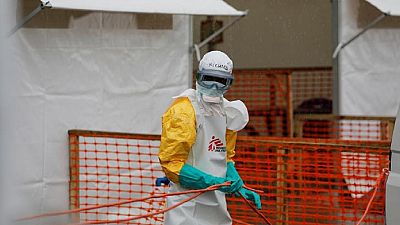 Tanzania’s government has finally conceded that it did not share critical information with the World Health Organisation (WHO) over suspected Ebola cases.

The health minister Ummy Mwalimu admitted that they did not send the clinical reports of two suspected Ebola cases reported in the country but added that they were not under any obligation to do so since the tests were negative.

Tanzania has been rebuked by WHO and other international allies for failing to provide this information. The United States and the United Kingdom have both issued travel advisories as a result.

There is no Ebola outbreak in Tanzania as we speak, people should not panic.

On 14 September, Mwalimu said there was no confirmed Ebola case in the East African country.

On Thursday Mwalimu said WHO’s statement condemning Tanzania’s failure to share information surprised her, since international regulations require a member state to report clinical samples for secondary testing only when the local tests are positive.

She added that regulations stipulate that a total of 25 cases must be reported for WHO to be informed and Tanzania experienced only two suspected cases in September.

Hardly days after the United States issued a travel advisory to its citizens in Tanzania, the United Kingdom has followed suit.

Tanzania has repeatedly denied the possibility that it is hiding an Ebola case, even as the World Health Organisation reiterates the importance of sharing information with all stakeholders.

Around 75,000 UK nationals visit Tanzania every year,and the country’s tourism sector is likely to bear the brunt of the fallout from this Ebola scandal.

The United States on Friday warned its citizens to take extra care when visiting Tanzania amid concerns over Ebola, adding to calls for the East African country to share information about suspected cases of the deadly disease there.

Days earlier, the head of the U.S. Centers for Disease Control and Prevention travelled to Tanzania at the direction of U.S. Health Secretary Alex Azar, who had also criticised the country for not sharing information.

Tanzania denies the reports, saying no cases of Ebola have been confirmed, but with transparency key to combating the deadly and fast-spreading haemorrhagic fever, the government is under mounting pressure to provide clarification.

The foreign affairs ministry was not immediately available on Saturday for comment on the U.S. advisory.

Authorities in east and central Africa have been on high alert for possible spillovers of Ebola from the Democratic Republic of Congo, where a year-long outbreak has killed more than 2,100 people.

Tanzania and DRC share a border that is separated by a lake.

Tanzania on Tuesday summoned the World Health Organization’s local representative, who over the weekend asserted that the government refused to share information on suspected Ebola cases.

Transparency and speed are key to combating the deadly hemorrhagic fever because it can spread rapidly. Anyone deemed to have been in contact with potentially infected people must be quarantined and the public warned to step up precautions such as handwashing.

“The representative insisted that the WHO has not declared that there is Ebola in Tanzania, nor does it have any evidence on that and pledged to cooperate with the government,” Abbasi said.

“During the talks, the WHO agreed to strictly follow guidelines outlined by the agency itself and ratified by the government if it wants to get any additional information from the Tanzanian government.”

WHO spokeswoman Fadela Chaib told reporters in Geneva on Tuesday that the agency had not received any information after it had requested Tanzanian authorities to assess potential risks from the recent incidences.

She ruled out any punitive action, and reiterated that WHO had advised against any travel or trade restrictions based on the present circumstances.

“What we need to do is to continue communicating with them and provide them with help and expertise. We cannot sanction a country. It is not our mandate,” Chaib said.

WHO said late on Saturday it was made aware on Sept. 10 of the death of a patient in Dar es Salaam, and was unofficially told the next day that the person had tested positive for Ebola. The woman had died on Sept. 8.

In its weekend statement, WHO said it was unofficially told that Tanzania had two other possible Ebola cases. One had tested negative and there was no information on the other.

Officially, the Tanzanian government had said in the previous week it had no confirmed or suspected cases of Ebola. The government did not address the death of the woman directly and did not provide further information.

Tanzania has refuted allegations of harbouring an Ebola case in the country, formally telling the World Health Organisation (WHO), it had conducted investigations on suspicious cases and ruled out the deadly virus.

“This followed earlier rumours of the death of one person and illness in a few others,” the WHO said in a statement on Wednesday.

“Tanzanian authorities did not indicate what the cause of the illnesses might have been.”

The WHO received the notification on Sept. 14, the statement said. It was unclear why it took four days to make it public.

The suspicion of Ebola in Taanzania had been fuelled by a woman died there earlier this month from an unknown illness following Ebola-like symptoms.

The WHO announcement came a day after the head of a U.S. government health agency travelled to Tanzania at the direction of America’s health secretary, Alex Azar.

Azar criticized Tanzania earlier this week for not sharing information, saying on Monday he was aware of a death in Tanzania and that the government had reported two suspected cases who tested negative for Ebola.

“The government of Tanzania, however, has not made available the samples or the ability to test the index case of the individual who died, nor has it made available any other information,” Azar told reporters during a prearranged tour of Uganda, Rwanda and Democratic Republic of Congo (DRC) to evaluate their Ebola response, according to a transcript of his remarks.

He called on Tanzania to comply with international obligations to share information and allow independent verification of test results.

Tanzania’s health minister said on Saturday that the government had investigated two recent cases of unknown illnesses, but they were not Ebola.

“The two patients did not have Ebola,” Ummy Mwalimu told reporters. “There is no Ebola outbreak in Tanzania as we speak, people should not panic.”

She did not say if the two cases investigated included the death of the woman. The ministry did not answer calls on Wednesday.

There is increased vigilance across East Africa after an outbreak of Ebola in the DRC killed more than 2,000 people. It is the second-largest Ebola outbreak in global history.

Concern has focused on a woman who died on Sept. 8 in Dar es Salaam, after exhibiting symptoms common to several diseases, including Ebola. There was no indication the woman had travelled to an affected area or had contact with an infected person.