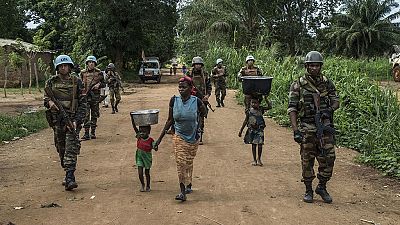 The United Nations Mission in the Central African Republic (Minusca) has begun a military operation against an armed group that has signed a peace agreement with Bangui but is “continuing to increase its illegal activities,” the UN confirmed in a statement.

The operation, which began on Thursday, “aims to push the 3R group (Return, Claim, Rehabilitation) back into the deployment areas set for it” as part of the peace agreement signed in February, Minusca said in its statement dated Friday.

The 3R group said on Thursday that they were bombed by UN forces in Koui, in the northwest of the country.

Three Senegalese peacekeepers were killed on Friday in Bouar, in the west of the country, in the crash of their helicopter, according to a Minusca statement issued on Friday. Minusca staff members then informed AFP, anonymously, that the aircraft was involved in the operation against the 3R group.

Signed in February by 14 armed groups and the government, the peace agreement aims to end the conflicts that have been tearing the country apart since 2013.

But 46 civilians were killed by 3R elements in May in the northern Poua region of the country.

To date, only three alleged perpetrators have been handed over to the authorities. On 23 August, the United Nations representative in the Central African Republic, Mankeur Ndiaye, raised his voice by threatening to punish “strictly” violations of the peace agreement.

The 3R group “is not withdrawing from the agreement”, according to its spokesman, General Siwo, but its leader, Sidiki Abass, announced on 4 September his resignation from his position as military advisor to the Central African government, which he had held since the agreement.

Despite a relative calm since the signing of the peace agreement, violence against civilians and between armed groups continues in the Central African Republic. On 14 September, two signatory armed groups clashed in Birao, in the far north-east of the country.

Some 13,000 people were displaced by the fighting, which killed 23 militiamen.

Rich in natural resources, the Central African Republic has been torn apart since 2013 by a war that has forced nearly a quarter of its 4.7 million inhabitants to flee their homes.