African migrants protested against poor living conditions in migrant camps in the border town of Tapachula in southern Mexico on Saturday.

The protest comes at a time when the United Nations High Commissioner for Refugees, Filippo Grandi, visited the city to inaugurate a new UN centre for registration and help care for migrants in Mexico’s southern border area.

We don't need anything from Mexico, nothing. We just want to continue our journey.

For Filippo Grandi, Mexico has a duty to protect migrants stranded on its territory because of severe measures by the United States to prevent them from crossing north.

“We have a situation that has caused human rights violations, abuses, violence, discrimination. Every day we hear dramatic stories and the number of cases isn’t decreasing, it is increasing. Mexico’s role, as we say at UNHCR, is to ensure the protection of people who have lost the protection of their country. That is fundamental”, Grandi said.

Every year, thousands of people from El Salvador, Guatemala and Honduras, some of the poorest and most violent countries in the world, move north in search of a better life.

Today, an increasing number of Africans are joining them in an effort to reach the United States.

African migrants in Mexico brave odds to reach the States 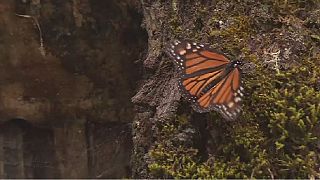 African migrants in Mexico brave odds to reach the States