Robert Mugabe to be buried in his home village 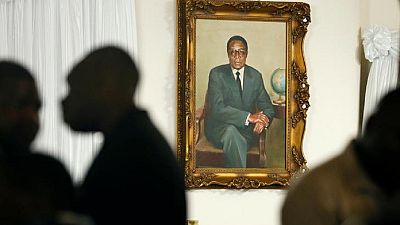 Zimbabwe announced on Thursday that ex-president Robert Mugabe will be buried at his home village in Zvimba as requested by his family.

The government said the family of the former leader, who died in Singapore on September 6 aged 95, “has expressed its desire to proceed with his burial in Zvimba”.

“Government is cooperating with the Mugabe family in their new position,” government spokesman Nick Mangwana said in a statement.

Government is cooperating with the Mugabe family in their new position.

Tensions erupted after the government proposed a burial at the National Heroes Acre while the family insisted on a private ceremony in Mugabe’s homestead.

Government did not state the burial date, but “all the necessary support” will be provided “to give the late former president a fitting burial as led by the family.”

The family was not immediately reachable for comment, but a close family associate and some local private media said the burial would take place on Saturday.

“The position as I understand it is that the body will be in Zvimba today for burial on Saturday,” a source close to the Mugabe family told AFP.

The former guerilla leader, who came to power at the end of white minority rule in 1980 and ruled Zimbabwe uninterrupted for 37 years and seven months, died of prostate cancer, according to his successor Emmerson Mnangagwa.

He was toppled on November 2017 in a military-backed coup, ending an increasingly iron-fisted rule marked by political oppression and economic ruin.

Mugabe’s health deteriorated rapidly after the ousting and he made regular trips to Singapore to seek treatment.

His burial place was caught up in a dispute between his family — who wanted to bury him at his rural homestead Zvimba — and the government, which pushed for the body to rest at a national monument in the capital.

Two weeks ago the family said they had agreed that he would be buried at the National Heroes Acre monument, in about a month, once a mausoleum was built for him.

But on Thursday they made an about-turn, reverting to their original plan.