Small but rare protests in Egypt after online call for dissent 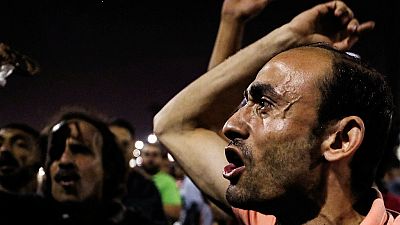 Hundreds of protesters gathered in central Cairo and several other Egyptian cities late on Friday (September 21) shouting anti-government slogans, responding to an online call for a demonstration against government corruption, witnesses and residents said.

Protests have become very rare in Egypt following a broad crackdown on dissent under President Abdel-Fattah al-Sisi, who took power after the overthrow of the former Islamist president Mohamed Mursi in 2013 following mass protests against his rule.

Security forces moved to disperse the crowds in Cairo using tear gas in at least one location. But many young people stayed on the streets in the centre of the capital, shouting “Leave Sisi,” Reuters reporters at the scene said.

There was a heavy security presence in downtown Cairo and on Tahrir Square where mass protests started in 2011 which toppled veteran ruler Hosni Mubarak.

In the capital, several people were arrested during a night rally in Tahrir Square, the capital of the 2011 revolution.

Mohamed Ali, a building contractor and actor turned political activist who lives in Spain, called in a series of videos for the protest after accusing Sisi and the military of corruption.

Since the coup d‘état against Mohamed Morsi in 2013, the Egyptian regime has been conducting merciless repression against the opposition and members of civil society. The Egyptian government is yet to make pronouncements on the protest.