The 2019 World Economic Forum was held once again in South Africa after two years, bringing over 1000 participants including global business leaders and young entrepreneurs to a country in need of investment.

South Africa president, Cyril Ramaphosa came to power on a promise to restore investor’s confidence by fighting corruption and steering the economy out of a recession.

Indeed, Africa’s most developed economy is now celebrating a 3.1 GPD growth in the second quarter of 2019, which supersedes an earlier 2.4 projection. But there remains much to be done.

“The reality is that our economy is barely growing; barely growing to address the challenges that our country currently faces. And the economy is creating new jobs, the jobs that are being created are not enough to bring down the overall rate of unemployment,” said Ramaphosa.

Africa is looking at the Fourth Industrial Revolution as one of the avenues to solve unemployment and South Africa is strategizing to lead the implementation.

“As Africa, what is it that we want to identify (as)? We have had lots of countries; Kenya, Rwanda. We are rolling out health services using drone, who produces those drones? Who programmes them? And that is the space we are saying as Africa that we need to get into. What strength does Kenya have, does Zambia have that South Africa does not have? We need to collaborate together.”

“Skills, skills, skills is the best way to go. We have to provide digital skills to that do not have. We have to make sure that we invest in different resources that we are willing to but most importantly is to identify what must be Africa’s niche in the fourth industrial revolution,” Ndabeni- Abrahams added.

The question of inequality also came up in relation to the prospective growth of cross-border trade across the continent. Discussions on the African Free Trade Continental Agreement have been welcomed with enthusiasm by both local and international players since the ratification. 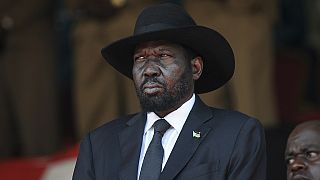 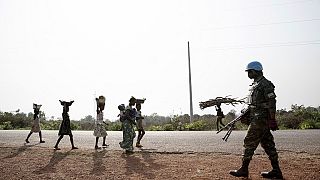