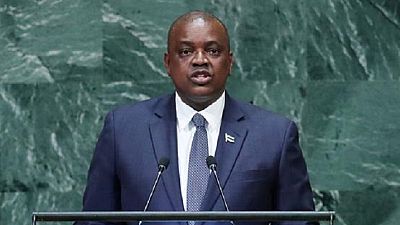 Botswana President Mokgweetsi Masisi has set Oct. 23 as the date for parliamentary and local elections, the Independent Electoral Commission (IEC) said on Monday.

The leader of the political party that wins most seats in parliament will become president of the country.

Masisi’s Botswana Democratic Party (BDP) has been in power since independence from Britain in 1966, but has seen its support erode gradually, and in 2014 lost the popular vote for the first time.

Masisi came to power in April 2018 through a well scripted transition, succeeding Ian Khama, who had served the maximum 10 years.

The BDP’s main challenger is an opposition coalition, the Umbrella for Democratic Change (UDC), which says the BDP has been in power too long and presided over increased corruption, joblessness and inequality.

Masisi has pledged reforms to address unemployment and corruption.

The World Bank has named Botswana as one of the world’s most unequal countries; Masisi has also promised to spread the benefits of economic growth more widely and reduce poverty.

Khama had handpicked Masisi as his successor but the men fell out over Masisi’s actions, most recently the lifting of a suspension on big game hunting, and Khama quit the ruling party in May.

Since then, he has helped to bring a new opposition party, the Botswana Patriotic Front (BPF), into being.