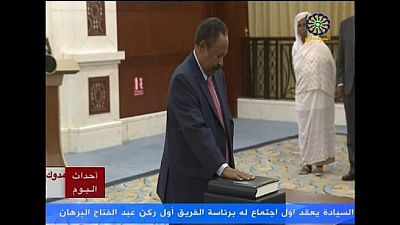 Consultations are continuing Sunday in Sudan to reach the formation of the government, four days after the date initially planned for the announcement of this new cabinet, which should mark one of the main stages of the post-Bashir transition.

Inaugurated on 21 August, Prime Minister Abdallah Hamdok was to announce the composition of his government on Wednesday and this Sunday was to be the occasion for the first meeting with the Sovereign Council, a civilian-majority body but headed by a military officer who must supervise the transition.

But the Forces for Freedom and Change (FFC), which spearheaded the protest that led to the fall of President Omar al-Bashir in April, did not provide him with the list of “ministers” until a day before the announcement was scheduled.

Last Tuesday, the Prime Minister confirmed that he had received a list of 49 candidates for 14 portfolios.

On Sunday, according to a source close to Mr. Hamdok interviewed by AFP, consultations were “still ongoing” to establish the final list.

“The FFC was late in submitting the list of names to the Prime Minister, which delayed the announcement,” Amjef Farid, a leader of the protest, told AFP.

Another leader, Ibrahim al-Amin, explained that the delay was due to “differences” within the movement on the list to be proposed.

Sudan established a Sovereign Council following the signing of an agreement on 17 August between the Transitional Military Council, which had succeeded Mr. Bashir, and the leaders of the protest.

This agreement outlines a transitional period that is expected to last just over three years and open the door to democratic elections.

Mr. Hamdok is expected to appoint up to 20 ministers, with the exception of the Interior and Defence Ministers, who will be chosen by the soldiers of the Sovereign Council.

After appointing his government, Mr. Hamdok, a seasoned economist and former UN staff member, will have the difficult task of rebuilding Sudan’s economy.

The next step in the transition, under the terms of the agreement, will be the formation of a legislative body within 90 days of its signing. This meeting must have 300 members, 201 of whom are from the FFC.

According to Mr. Amin, the delay in the government’s announcement will have “a negative impact” and could slow down the transition.

But this is not the first time that it has been put to the test: the appointment of the Sovereign Council was delayed by two days due to disputes within the FFC, before it was finally announced on 21 August.

The Prime Minister had previously stated that he would choose his ministers from among technocrats on the basis of their “skills” to enable Sudan to meet its many challenges, including ending the conflicts in Darfur, Blue Nile and South Kordofan states.

Rebels in these marginalized regions fought for years against the Bashir regime, which was overthrown after four months of unprecedented demonstrations triggered by the tripling of the price of bread.

The text signed on 17 August by the military and the protest includes the need to sign peace agreements with these armed groups.

On Saturday, four rebel groups in West Darfur announced that they would “negotiate with the transitional authorities” by adopting a common position, without giving further details.

The government’s other challenge will be to put an end to corruption and dismantle the deep state established by the Islamists who supported Mr. Bashir’s rise to power in 1989.

This trial does not concern the heavy charges brought against him over the past decade by the International Criminal Court (ICC), particularly for crimes against humanity in Darfur.