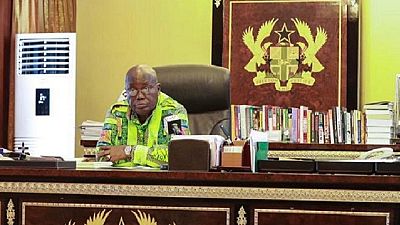 The Chief Executive Officer of Ghana’s Public Procurement Authority, PPA, has been suspended by the president in the wake of an investigative report alleging improper conduct on his side.

Mr. Agyenim Boateng Adjei has since been referred to relevant authorities for two separate probes. One on conflict of interest and the other over potential acts of corruption.

The suspended official according to an investigative documentary was found engaging in acts of selling government contracts using a private company.

His company, Talents Discovery Limited, had been awarded contracts from across key government institutions and they were reported to be demanding cuts from contractors.

He admitted to the journalist, Manasseh Azure Awuni, that he was a 50% shareholder of the said company but added that he had duly declared his interests to the PPA board.

The conflict of interest leg of the probe has been handed to the Commission for Human Rights and Administrative Justice, CHRAJ, whiles the potential acts of corruption has been handed over to the Office of Special Prosecutor.