It is an all-English final for the clash in Turkish capital Istanbul to decide who takes home the European Super Cup. In other words, which of the two sides will be crowned the best European club side.

The UEFA Super Cup is a tie between winners of the Champions League and Europa League, in this case; Liverpool and Chelsea respectively.

Liverpool defeated Tottenham by two unanswered goals in the Champions League final whiles Chelsea beat Arsenal by 4 goals to one. The then Chelsea manager Mauricio Sarri quit at the end of his first season in London following which Chelsea legend Frank Lampard was appointed.

It is a historic match given that for the first time a female referee Stephanie Frappart from France will handle a major UEFA competition final.

✅ The winner of the ChelseaFC - LFC game will take home theUEFA Super Cup. ⚽?

Definitely, the game will be as beautiful as Istanbul.

Let’s go Istanbul!
Let the world see what a city should be like.#SuperCupIstanbul

Liverpool go into the game with a big boost having won their first 2019/2020 Premier League game 4 – 1 against Norwich City. They, however approach this game without their first choice goalie, Allison Becker, who was injured in the game.

Chelsea manager, Frank Lampard, will be hoping for a win to assuage the heavy Premier League loss to Manchester United. The Blues lost 4 – 0 at Old Trafford.

The game comes up at 7 pm GMT. It will feature three African players all on the side of Liverpool. Egypt’s Mohamed Salah, Senegal’s Sadio Mane and Joel Matip of Cameroon.

Speaking of the female referee feat, Chelsea manager said: “In terms of how much respect the (women’s) game is getting, how many people are watching it, the interest in the game…

“I think we were very slow everywhere on this and now we are trying to make strides and there’s a long way to go but in terms of tomorrow I think it’s a huge moment and it should be very well addressed and we’re all very pleased and I’m pleased that it’s a historical moment that is one more step in the right direction I’d say.” 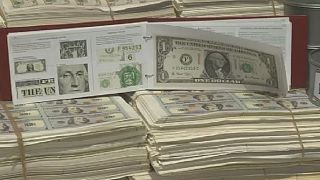