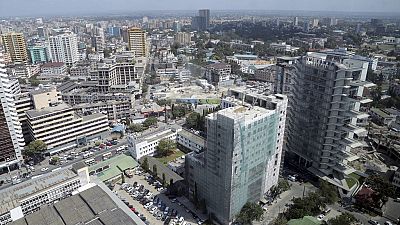 Tanzanian police said on Tuesday they had arrested a prominent investigative journalist and were looking into his citizenship in another case triggering concern over press freedom under President John Magufuli’s rule.

Erick Kabendera’s detention on Monday, by about half a dozen plainclothes police at his home on the outskirts of the commercial capital Dar es Salaam, came despite a 2013 government probe concluding his citizenship was not an issue.

The city’s police chief Lazaro Mambosasa said the journalist was arrested after refusing to heed a summons.

“Kabendera has not been abducted … he has been arrested by the Tanzania Police Force as part of an investigation into his citizenship,” he told reporters. “He is in safe hands.”

Police were working with the Immigration Department and would likely file criminal charges after the investigation, Mombosasa said, without giving more details.

Police sources said Kabendera’s family allegedly originated from a neighbouring country and he did not follow proper procedures for naturalisation. Kabendera is a widely-respected freelance journalist who writes for several international publications.

One of his most recent articles was published by the East African newspaper on July 27 reporting a rift in Magufuli’s government with the headline “No end in sight as Tanzania’s ruling party CCM goes for ‘dissenters’.”

“AS TANZANIAN AS CAN BE”

Some Tanzanians took to social media to demand the release of the journalist and question the real motive for his arrest.

“I went to school with Kabendera … he is as Tanzanian as one can and should be. Really guys … really?” Carol Ndosi, a Dar es Salaam-based entrepreneur, wrote on Twitter.

Tanzania, a former British colony of 57 million people, has long been regarded as one of Africa’s most stable democracies.

However, since Magufuli was elected in 2015, his administration has implemented draconian curbs including banning some newspapers, restricting opposition rallies and detaining dozens of activists.

The 59-year-old has been nicknamed “The Bulldozer”, partly for his pugnacious management style. He denies restricting media freedom.

“The manner in which this journalist was taken, by men claiming to be police, is very ominous and further evidence that the press is not safe in President John Magufuli’s Tanzania,” said Muthoki Mumo, the CPJ’s Sub-Saharan Africa representative.

Tanzania said earlier this month it did not know whether another journalist Azory Gwanda, who went missing two years ago while investigating murders of police and ruling party officials, was dead or alive.