Cape Town ranked the most dangerous city in Africa 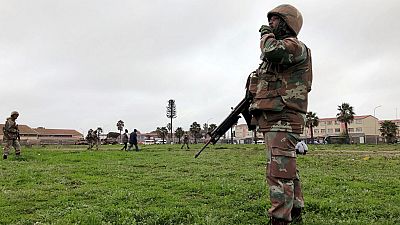 Of the 50 cities in the 2018 ranking, 15 are located in Mexico, 14 in Brazil, 6 in Venezuela, 4 in the United States, 3 in South Africa, 2 in Colombia, 2 also in Honduras and one each in Guatemala, El Salvador, Puerto Rico and Jamaica.

South African government deployed troops in certain areas to curb violence with most violent murders said to be gang related. Between November 2018 and May 2019, over 2000 murders were recorded in the port city according to local news portal enca

At least people were murdered in the harbour city over the weekend; 21 from shootings, 20 stabbings and five from other cases reported Times Live . Among those dead, a Russian tourist stabbed to death on Table Mountain.

The city has an average of eight murders a day, for the first six months of this year, says the BBC

South African soldiers were deployed on 18 July to western Cape where violence has killed more than 2,000 people over the past seven months in mainly poor black and coloured mixed-race areas says Reuters.

The government hopes that a new provincial commissioner will help deal with the waves of violence in the metropolis.

[Read] The Portfolio Committee on Tourism has condemned the recent criminal attacks on tourists and in particular the killing of a tourist who was hiking near #ChapmansPeak in CityofCT on Saturday Tourism_gov_za https://t.co/dkV5hveybi pic.twitter.com/tzuKqBVJhJ