An official of the Red Cross said 7 survivors are receiving treatment at a local hospital.

Taiye Segun Folorunsho is resident in Jos. He was injured in the incident.

This thing that happened to our neighbours and our loved ones is heartbreaking.

“I was in the shop working with my dad, suddenly we just saw the building collapse. I stood up and tried to run and I fell down and I could not move my legs”, Folorunsho recounts.

“This thing that happened to our neighbours and our loved ones is heartbreaking. The house that they were living in collapsed leaving some of the occupants injured and some dead’‘, said Jos resident, Ali Baba Mairam.

Nigeria frequently witnesses building collapse in a country where millions of people live in dilapidated buildings and building legislation is regularly flouted.

In March, 20 people died when a building housing kindergarten and primary school pupils collapsed in Lagos. 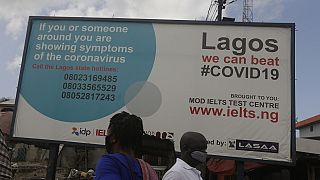