Coronavirus - South Africa: COVID-19 Statistics in SA as at 12 July

The African Union Special Envoy announced Friday that Sudan’s Forces for Declaration of Freedom and Change has reached an agreement on the political aspect of the transition with the military council.

The announcement was made after a third round of talks with the AU Special Envoy, Mohammed el-Hassan Labat and Sudan’s military delegation.

“The two negotiating delegations from the Forces of Declaration for Freedom and Change and the Transitional military council met in a third round of negotiations and this evening they are in complete agreement on the political announcement that determines all the bodies of the transitional stage”, Labat said.

The political document has been agreed upon unanimously.

Fresh talks will resume on Saturday to try to agree on a constitutional declaration.

“The political document has been agreed upon unanimously what is left is a proclamation which establishes the transitional period or the transition into a civilian government. This shall be debated on, discussed and signed at the same time,” Mohamoud Dirir, Ethiopian mediator said.

The deal is meant to end months of protests in Khartoum, which has led to the death of more than 100 people, protest organizers said.

Sudan has been in political deadlock since the overthrow of President Omar al-Bashir in April. 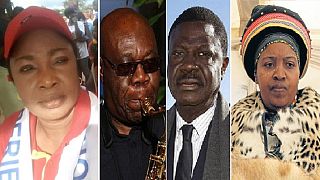