When talking about African migrations, many tend to think of thousands of unemployed youth who want to reach western nations in search of greener pastures.

But this is not necessarily the case according to this panel at the recently held European Development Days in Brussels, Belgium.

Changing the narrative of African migrations is what the session was all about.

“We’re talking about migrants who are falling off in the Mediterranean Sea.
We’re also talking about migrants who are falling subject to traffickers. So this is a human rights issue that we need to tackle. But secondly, it’s also an economic issue. Migrants do contribute to their societies. This is what the facts from the Ibrahim report, the 2019 report is telling us. So if they contribute to an economy, then it makes economic sense, to embrace migrants with the right policies in place,” said Yvonne Apea Mensah, a fellow at the Mo Ibrahim Foundation.

“Africans are migrating within Africa first of all. And their migrations are based not just because they are refugees, but because they’re looking for better opportunities. It’s not about despertion but about aspiration. They are aspiring for more and better for their lives,” said Natasha W. Kimani, another fellow at the Mo Ibrahim Foundation.

According to the Mo Ibrahim Foundation 2019 report, Africans migrants leaving their home countries often look for opportunities to work and contribute to their host countries.

Contrary to perceptions, African migrations are driven by the need for jobs and economic opportunity, and most begin and end on the continent.

“I think first we need to focus on a very structured form of migration. Because a lot of migrants even within Africa are legal migrants. And that opens them up to vulnerabilities that put their lives at risk. In form of vulnerable unemployment, unhealthy living conditions because they can not seek medical help and advise. So we must structure migration, we must ensure that laws are in place, policies are in place to ensure that migrants thrive and are integrated into our countries effectively,” said Natasha.

“I think Africa is in a good place. Since 1969, with the Organisation of African Unity, there have been a plethora of legal frameworks. I believe as we are speaking, we have one on IDPs, we have one on irregular, safe and responsible migration, we have an action plan that is running between 2018 and 2030 or so, we have agenda 2063. I think African governments can begin to implement these, ratify those that need to be ratified, implement them and ensure that these changes seep down to the grassroots and to the people who are concerned,” said Yvonne.

The organization urges African governments to welcome migrants while ensuring that their own citizens have the education and economic opportunities they deserve.

Migrants in the different parts of the continent are also encouraged to share their experiences to set the picture right on this issue.

I caught up with Judicaelle Irakoze from Burundi. She is the European Commission Young Leader for the year 2019.

“I think there is a constant need to talk about African migrations, intra-African migrations. And that stories need to be told on how the average African young people will first move to the closes African country before even thinking about the west. So we need those stories to be told.”

Telling the right stories, structuring migration laws on the continent. Some of the recommendations to solve the migration issue in Africa.

The African Union and other continental organizations should now see to it that migrants are well accommodated in their host countries. 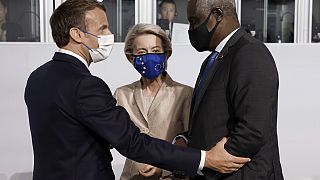 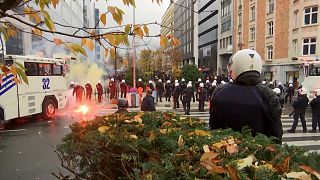 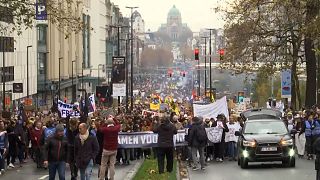