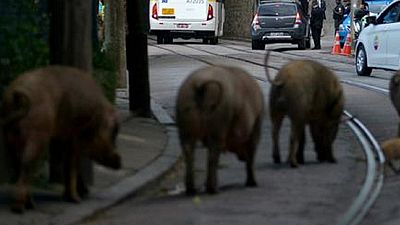 The Kingdom of eSwatini on Monday banned imports of live pigs from countries that test positive for African Swine Fever (ASF) after an outbreak of the disease in neighbouring South Africa.

The movement of pigs between farms will be strictly controlled, the director of veterinary and livestock services, Xolani Dlamini, said in a statement in the Swazi Observer.

The disease is highly contagious and fatal among pigs and there is no vaccine against it. It does not affect humans.

Dlamini said his office would introduce a system to identify and track pigs.

“Importations are only from slaughter houses and establishments that are located in ASF-free zones and also source their slaughter stock from registered and supervised disease-free compartments,” Dlamini said.

Last month South Africa’s agricultural ministry said the outbreak of the disease had spread to a fourth province in the country.

China has also been struggling to contain an outbreak of ASF since last year, causing major losses to the world’s largest hog herd.