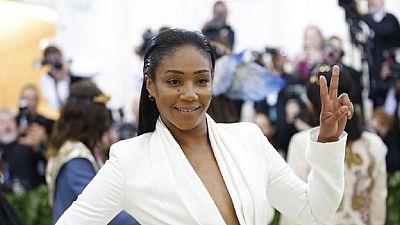 Tiffany Haddish is back in the United States after her recent trip back to Eritrea, her second in as many months.

Whiles the first trip was a solemn one to bury her father, the week-long May 2019 edition was more to celebrate with the country she is now officially a citizen of.

In an interview with the Shabait portal, Haddish spoke on a wide range of issues that spanned her stay in the country. From internet cafes to motorable roads and agricultural boost, she also paid homage to the martyrs of Eritrea’s liberation.

When asked about new changes she noticed since her last visit (i.e. in 2018) she said: “I have seen a lot of things and advancements. For example, the roads to Massawa (a port city) are not as bumpy as they used to be, it was a smooth and very nice ride.

“I love the roads to Massawa. I have also noticed more internet cafes which I was excited about, a lot more farmlands, which is really exciting to me, and more livestock. Most of all, the President showed me the amazingly beautiful Dams.”

For a country under strict government control especially in the area of communication, human rights reports have serially spoken of tight control over internet use.

A recent report that the government had clamped down on social media in the light of planned anti-government protests during the 28th independence anniversary was disputed by some Eritreans.

Internet World statistics indicate that Eritrea has by far the lowest internet penetration on the continent. As at 2018, it had only 71,000 internet users, estimated to be 1.3% of the population. A World Bank publication in 2017 actually put the internet population at one percent.

A fun-filled trip it was

Haddish’s trip also turned out to be one that gave her time to visit different parts of the Horn of Africa nation. “I have been to Asmara, Massawa, Dihil Island and Nakfa. Dihil is an Island where the Afar ethnicity inhabits.

“The food was really good and I enjoyed the singing and dancing. I also went to sleep in one of their traditional beds outdoors with the stars and everything, I was just knocked out, and it was so good. It was wonderful.

“And my most favorite place of all was the hot springs at Mai Wuei. It is a beautiful place; the hot springs have helped me with my knees, which I recently have just hurt,” she added.

Plan to “sell’ Eritrea to the world

Speaking about her engagements at the level of an entertainer, Haddish spoke about her own productions, the “She Ready Productions.”

“I am putting together TV shows and movies. One of my goals is to come here and make some movies and take the opportunity to give them good line of movies and really get it out in the world.

“To make sure the world can see how beautiful the people and Eritrea is. We got great stories to tell that the world needs to know about. I also got cartoons coming out.

“My goal is to one day own my own studio so that people who work with me have a generational wealth.” Reiterating her joy at obtaining citizenship, she added: “I am happy to be home and I can’t wait to keep coming back home and learning more and more to share with the world. The world needs to know how amazing this place is.” 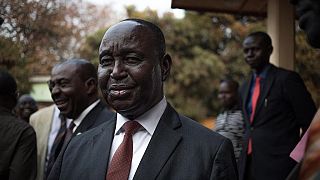