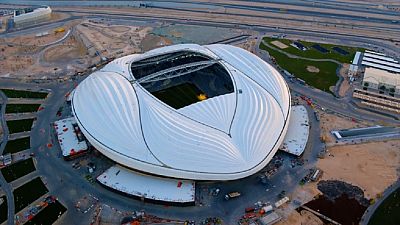 The world’s football governing body, FIFA took a decision to maintain 32 teams at the 2022 World Cup in Qatar, rejecting president Gianni Infantino’s proposal to expand the tournament to feature 48 teams.

FIFA said it had abandoned the expansion plans “following a thorough and comprehensive consultation process” which led to the conclusion that “under the current circumstances such a proposal could not be made now”.

“(The tournament) will therefore remain as originally planned with 32 teams and no proposal will be submitted at the next FIFA Congress on 5 June,” FIFA said in a statement.

The expansion was a pet project of Infantino, who pushed the idea despite the likely need for Qatar’s neighbours to put aside a two-year blockade and help to host an expanded tournament.

“The involvement of these countries in the organisation of the tournament jointly with Qatar implies the lifting of this blockade, in particular the lifting of restrictions on the movement of people and goods,” said a feasibility study submitted to March’s FIFA Congress in Miami.

Specifically FIFA was counting on an additional $120 million in TV rights, $150 million in marketing rights and $90 million from ticket sales.

An announcement of the final decision had not been expected until next month’s FIFA Congress to be held in Paris ahead of the women’s World Cup that takes place in France between June 7 and July 7.

The news comes after Europe’s top football clubs said in March they would boycott an expanded 24-team Club World Cup — also backed by Infantino — which is planned to take place in June and July 2021, replacing the Confederations Cup tournament.

Expanding the competition for the 2022 tournament was always a complicated proposition. FIFA had sounded out potential co-hosts in the region willing to support Qatar, which is subject to an ongoing embargo by Saudi Arabia, the United Arab Emirates and their allies.

Qatar’s Supreme Committee, charged with the organisation of the tournament, said in reaction to FIFA’s decision that “Qatar had always been open to the idea of an expanded tournament in 2022 had a viable operating model been found and had all parties concluded that an expanded 48-team edition was in the best interest of football and Qatar as the host nation.”

But it said there was insufficient time to make a deeper assessment before the June deadline and “it was therefore decided not to further pursue this option.”

“With just three and a half years to go until kick off, Qatar remains as committed as ever to ensuring the 32-team FIFA World Cup in 2022 is one of the best tournaments ever and one that makes the entire Arab world proud,” the Supreme Committee said.

Saudi Arabia, the UAE, Egypt and Bahrain cut all ties with Qatar in June 2017, accusing Doha of supporting Iran and Islamist groups.

Qatar vehemently denies the charges and says Saudi Arabia and its allies are aiming to incite government change in the emirate, the world’s largest exporter of liquified natural gas.

Gulf states Kuwait and Oman have not taken sides in the crisis. However, Oman said in April it was “not ready” to host matches.