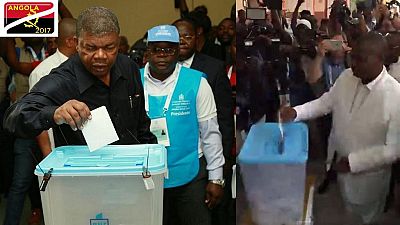 Long-time activist for the cause to free Cabinda, Jeovanny, Ventura is indicted the regime of persecution.

“What the Angolan state is doing to us is persecution. The authorities treat us like terrorists,” he says. “And it didn’t get any better with Joao Lourenço. Everything we organize always ends in detention.”

Some 70 supporters of the Cabinda Independence Movement (MIC) were arrested while preparing a demonstration to celebrate an 1885 treaty that turned the Cabinda entity into a Portuguese protectorate.

Born from the colonial division of Africa, Cabinda is a confetti trapped between the two Congos, which fell under the sovereignty of Angola at its independence in 1975.

For more than forty years, the Front for the Liberation of the Cabinda Enclave (Flec) has been leading guerrillas against the Angolan central government, which has deployed thousands of police and soldiers over the 7,000 square kilometres of the country.

The last time the separatists made a major impact was in 2010, when they shot a Togolese football team bus during the African Cup of Nations (AFCON). The attack killed two people.

Political instability has not ceased since then. Amnesty International and Human Rights Watch (HRW) regularly denounce arbitrary detentions and torture in the area.

“Unlike other parts of Angola where there has been progress in freedom of expression” since Joao Lourenço came to power, the situation in Cabinda “remains tense”, according to Zenaida Machado of HRW.