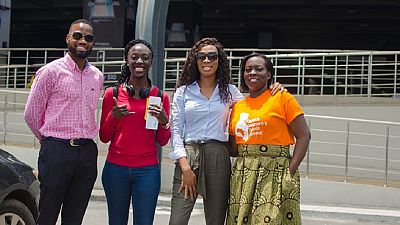 The maiden edition of a sports summit to be led exclusively by women is set to be held in Accra, capital of Ghana.

The May 15 event dubbed Africa Women’s Sports Summit is the brainchild of one of Africa’s influential sports journalists, Juliet Bawuah.

“The programme is designed to bring leading female sports names and aspiring ones together, for a one-day session on career and coming from behind to lead.

There is always something beautiful about being a woman in sports. From coming from behind the curve to taking a front row seat. I have held my own against so much doubt. The urge to see other women step up to the challenge is dear to my heart. We need more women to join us in making a difference in sports.

“This has become necessary as a deliberate measure to ensure that more women are shored upfront in the ever changing ecosystem of sports,” the event website noted.

The four-hour session is expected to pool together over 60 participants who will be addressed by six women actively involved in sports coverage and related areas.

“There is always something beautiful about being a woman in sports. From coming from behind the curve to taking a front row seat. I have held my own against so much doubt.

“The urge to see other women step up to the challenge is dear to my heart. We need more women to join us in making a difference in sports,” Juliet said in a clip promoting the summit..

On Wednesday, the #AWSportsSummit will welcome its maiden participants. I am thrilled at the opportunity to learn from a talented pool of women doing amazing things. Finally, we get to bring a half-decade dream to life. But the journey started with a resolve. ‘Take Your Place’. pic.twitter.com/WNU5AoY9pA

Objectives of summit, lineup of speakers

The Africa Women’s Sports Summit according to organizers has the overarching objective of boosting overall female participation in sports. Its three-pronged mission seeks to:

Invited speakers include some of Ghana’s finest women sports journalists. Nana Aba Anamoah and Eva Okyere. From across the continent, Ugandan Usher Komugisha and South African Carol Tshabalala are in town for the event. 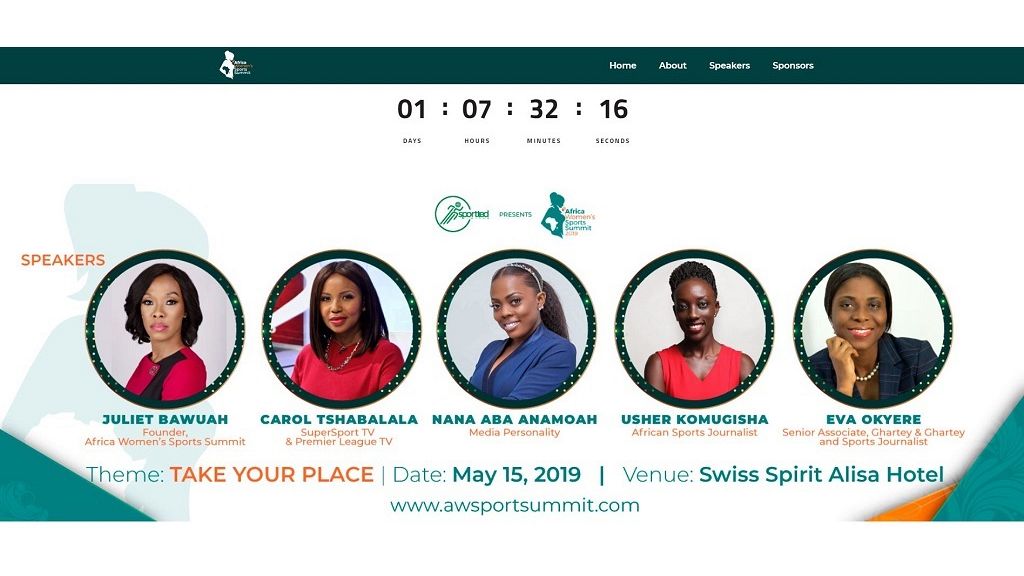 In the weeks leading to the summit, the event has received a raft of endorsements at home and abroad as Juliet and her team met with partners and supporters. The local media in Ghana have hosted her severally for discussions on the event.

The most recent endorsement came from the Second Lady, Samira Bawumia, who expressed her support via a tweet. Weeks before her tweet, FIFA Secretary-General, Senegal’s Fatma Samoura did same via Twitter.

Juliet has also met with Ghana’s Sports Minister and other associates, all of who have expressed their support for the summit under the theme: “Take Your Place.”

? to ??about Africa Women’s Sports Summit in Accra ??on May 15. This year’s focus on sports journalism & theme of ‘Take Your Place’ is ☑️ for so many reasons. Best of luck to all participants. Congrats to JulietBawuah on this initiative. #AWSportsSummit ??#DareToShine ladies! pic.twitter.com/4lQc29ciXT

Juliet Bawuah, the brain behind the summit

Juliet is a rare breed among Ghanaian female journalists having worked across the online, radio and television platforms. Her last high-profile job was with Africanews, the pan-African TV channel, headquartered in the Republic of Congo’s commercial capital Pointe-Noire.

She hosted Africanews’ flagship programme, Football Planet, a weekly magazine programme that analyzed top sports stories across the continent and beyond.

During her time at Africanews, she conducted an exclusive interview with former world footballer of the year and now Liberian president George Weah, who disclosed his intention to run for the 2017 polls which he won before taking office in early 2018.

She also covered the 2017 AFCON in Gabon for Africanews as well as securing top interviews for her show. She left Africanews to further her education in the United Kingdom but is currently back in Ghana.

One of her biggest interviews according to her personal blog was an opportunity to ‘tackle’ FIFA president Gianni Infantino during a workshop held in Mauritania. She has also been on an European Union panel on sports.

She has previously worked for goal.com, with a local radio station Citi FM and then with one of Ghana’s biggest private-TV networks, TV3 in Accra. She is a native of Ghana’s gold rich Ashanti region and a staunch Manchester United adherent.

Fulfilling weekend it was in Mauritania. I Interviewed FIFAcom Prez Gianni Infantino on the sidelines of the #FIFASummit. The interview aired on Mauritania television & radio. He spoke on a wide range of issues including racism. Also airing all week across Africa. ffrimofficiel pic.twitter.com/YPHsa663jL