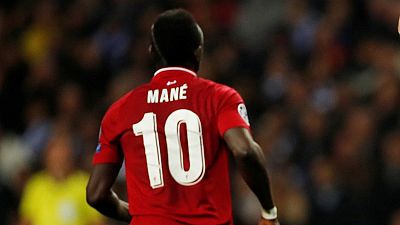 The Professional Footballers Association, PFA, on Saturday revealed the shortlist for the season’s PFA Player’s Player of the Year with Senegal and Liverpool’s Sadio Mane being the only African listed.

Mane is one of two Liverpool players on the list along with defender Virgil van Dijk. Manchester City, Liverpool’s main challengers for the Premier League title had three nominees.

The award is voted for by PFA members from the 92 Premier League and Football League teams in England. The current holder is Egypt and Liverpool forward Mohamed Salah.

Mane’s exploits have been crucial for Liverpool in their quest for a historic Premier League title and also challenge for the UEFA Champions League, a campaign they came second in last season.

The PFA awards also recognizes Young Player of the Year with two of those listed on the Player’s Player also listed in that category – Sterling and Silva.