Coronavirus - Somalia: Using innovation to deliver in Somalia despite COVID-19 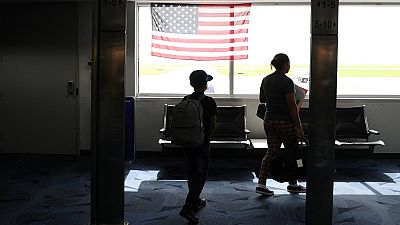 The United States is considering stricter travel restrictions for countries whose nationals frequently overstay their visas, according to a Department of Homeland Security official.

While president Donald Trump has been relentless in his efforts to halt the flow of immigrants at the country’s southern border with Mexico, his presidency has devoted little attention to the hundreds of thousands of migrants who overstay a visa each year.

How serious is the problem?

A 2006 report by the Pew Research Center estimated that up to 45 percent of the undocumented population entered the country on a valid visa, but did not depart.

Roughly 11 million undocumented immigrants reside in the U.S., according to the organization’s latest analysis.

The Homeland Security Department counted 701,900 overstays of non-immigrant visas in fiscal year 2017, just 1.3 percent of all short-term visitors to the U.S. in that year.

In the past, Trump’s administration has imposed a travel ban on Muslim-majority nations including Somalia, Sudan and Libya.

Trump has also been accused of referring to Haiti and some African nations as “shithole countries“ and questioning why their nationals should be admitted to the U.S.

This month, the United States slapped a visa ban on the prosecutor of the International Criminal Court (ICC), Fatou Bensouda. Bensouda, who is a Gambian national, angered the United States when she instituted investigations into possible war crimes committed by U.S. forces and their allies in Afghanistan.

ALSO READ: The highs and lows for Africa during Trump’s 100 days in office