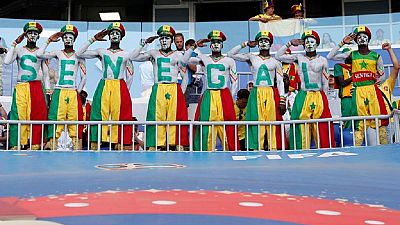 The FIFA/Coca-Cola World Ranking released on April 4 ranked Senegal 23rd sandwiched between Iran and the United States. The Lions grossed 1515 points and moved one spot from the last ranking.

Tunisia, Nigeria, Morocco and the Democratic Republic of Congo (DRC), completed the top five slots for Africa. Along with Ghana, they were the only Confederation of African Football, CAF, teams to make the top 50.

The biggest mover in March was Tanzania (131st, up 6) after the latter booked their place in Africa Cup of Nations slated for Egypt later this year.

DRC who are also heading to Egypt moved 5 slots up whiles Burkina Faso, Nigeria and Lesotho all moved four slots up. Lesotho and Burkina Faso are not going to the AFCON.

The top 10 slots are as follows:

Key points from the report:

While there were 150 games played across the globe during the international period, things remain tight at the top of the FIFA/Coca-Cola World Ranking as the top three remained unchanged.

Uruguay (6th, up 1) are the only other movers within the top ten, whereas a dramatic win for Germany (13th, up 3) saw them overtake defeated opponents the Netherlands (16th, down 2), as well as Sweden (14th, unchanged) and Chile (15th, down 2).

Israel (84th, up  8) enjoyed the biggest jump of all, followed closely by Guatemala (143rd, up 6) and Tanzania (131st, up 6) after the latter booked their CAF Africa Cup of Nations place.

Two other sides preparing to appear at Africa’s showpiece in June, Congo DR (46th, up 5) and Ghana (49th, up 3), were the only two sides to breach the top 50, while Kosovo (127th, plus 3) continued their steady climb up the World Ranking.