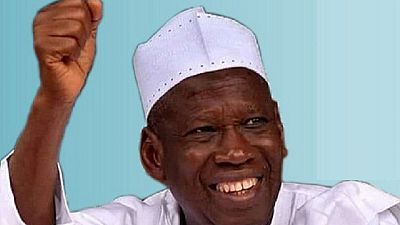 Abdullahi Umar Ganduje, governor of Kano State in northern Nigeria secured re-election over the weekend in a vote that has largely been criticised for its violent nature.

Kano State was one of about a half-dozen others where supplementary polls were held on March 23 after the election body, INEC, declared their initial March 2 polls inconclusive.

Elections in Adamawa, Bauchi, Benue, Kano, Plateau and Sokoto were declared inconclusive, mostly because the leading candidate’s margin of victory was less than the number of votes cancelled.

In five of those races, the main opposition Peoples Democratic Party, PDP, was ahead. With Adamawa yet to be held, PDP won in Bauchi, Sokoto and Benue.

In Kano, PDP’s Abba Kabir was leading Ganduje who had months to the elections been dogged with a corruption case where supposed contractors were giving him dollar denominated bribes.

It is largely held that the corruption issue had contributed to his first round loss to the PDP given that president Buhari won massively in the state in the presidential polls. In the lead up to March 23 Ganduje went on a project spree in local government areas that were set to vote.

Reports emerged on the day of voting that thugs especially from the ruling All Progressives Congress, APC, had disrupted voting in PDP strongholds in some cases taking rolls of ballot papers and thumb printing en masse for the sitting governor.

The bribery case was broken by a journalist Jafar Jafar of the Daily Nigerian news portal who has released multiple videos since October 2018. The Kano state parliament’s attempt to probe the issue started but has since been halted by a court order.

Ganduje, a former deputy governor, who came to office in 2015 will complete his final term in 2023. He has sued the publisher of the bribe videos which he says are doctored and is seeking damages to the tune of $8.2 million.

Governors in Africa’s most populous nation are very powerful people with a lot of political influence. They have however been labeled as some of the most corrupt persons in the political chain. Ex-governors have been jailed in the past for misapplying public funds. 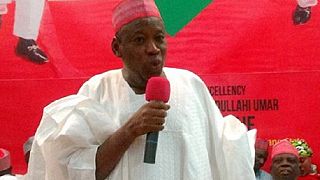 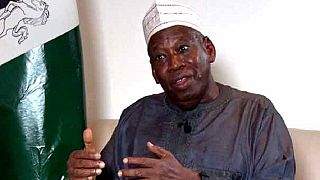 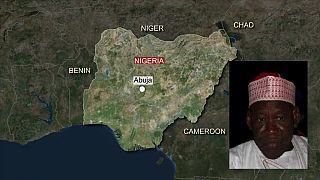