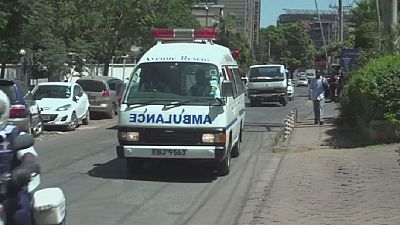 On January 15th Kenya’s emergency services were scrambled to respond to an ongoing terror attack at the Dusit hotel complex in Nairobi.

In some parts of the world, people take such a response for granted. But in much of Africa, there is no functional centralized 911-type response.

“I was scared but deep inside I knew that my presence there would help save people. Me arriving there with the ambulance, I knew that I would make a great change in rescuing people from that area,” said paramedic Kevin Maingi.

In Kenya, a young tech start-up called Rescue.co is helping to centralise and co-ordinate the fleets of private ambulance companies. The response to the Dusit attack was its coming-of-age moment.

On the day of the attack, the Rescue.co app, known as Flare, helped dispatch ambulances quickly.

“So immediately we took note of the location of the incident being Dusit, you just enter it on our App and you are immediately able to locate the nearest ambulances which you would then activate first. In addition you are also able to take note of the facility capabilities and this then helps to know which facilities to first take the patients to,” said Eric Ogot, a Human Emergency Response Operative at Rescue.co.

Paramedics worked around the clock to evacuate people from the buildings even as the siege continued.

Rescue.co founder Maria Rabinovich said the company’s research shows that 95 percent of Africa still does not have access to functional 911 services. She wants to change that.

“Everybody’s feedback was saying: ‘You will never get fast response in, have you seen Nairobi traffic?’ And while I have been stuck in traffic in Nairobi many times and it’s really bad, what you get from having location data of the responders in real time as well as information about traffic from things like the Google API, you can send the right responder even if they are not technically the closest one, they are the one with the closest ETA, the closest estimated time of arrival,” Rescue.co co-founder Maria Rabinovich said.

The company is now moving into fire and security response, and looking to expand its services into East Africa and beyond.

Could this nuclear-based approach curb rhino-poaching? 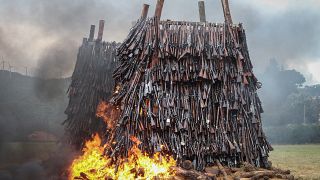 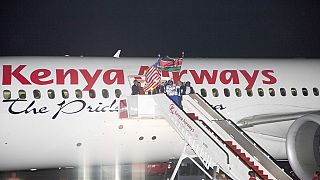 Could this nuclear-based approach curb rhino-poaching?