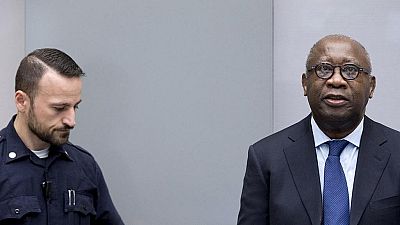 We knew this day was certain when our fervent wish (#Gbagbo's release) will come to reality. He is innocent and gladly enough the world was a witness of that drama at the #ICC #Freedom

Why would the ICC release Gbagbo with a “no case to answer”… Really? After all that happened in 2010 and 2011? This was a man that had to be dislodged from power by UN and French forces while hiding in the presidential palace bunker… Baffling stuff

#ICC trial chamber in #Gbagbo does not deny terrible things happened during 2010/11 post-election violence in CdI, but prosecution failed to establish relevant link with accused.

Judges at the International Criminal Court on Tuesday ordered for the immediate release of ex-Ivorian president, Laurent Gbagbo and his co-defendant Charles Ble Goude.

Presiding Judge Cuno Tarfusser said that prosecutors failed to prove their case and Gbagbo and his co-defendant, Charles Blé Goudé, a close ally and former political youth leader, should be set free.

Laurent Gbagbo, who was president of Ivory Coast from 2000 until 2011, is still able to mobilise a crowd of supporters who flock the premises of the International Criminal Court in the Hague, Netherlands, every time he appears.

Today, these supporters are excited and expectant, hoping for the release of their ‘heroes’, Gbagbo and his co-accused, Charles Ble Goude.

40 minutes before hearing (to decide whether ex president of Ivory Coast should be freed) even starts. Supporters in high spirits #Gbagbo #BléGoudé #ICC pic.twitter.com/22pt5t0nYH

Ivorians are out in force in The Hague today.

The #ICC 's Trial Chamber I is set to make momentous decisions on requests for provisional release and no case to answer motions filed by Laurent #Gbagbo and Charles Blé Goudé at 10:00 GMT https://t.co/qI57VQTFn5 pic.twitter.com/eoPxCeRyLV

Some of Laurent Gbagbo's most ardent admirers, like Patricia, have traveled to The Hague to show their support on the day #ICC judges are expected to rule on his request for provisional release and also pronounce themselves on his no-case-to-answer motion: #Gbabgo #BléGoudé pic.twitter.com/xUYi92g7g9

The International Criminal Court judges will today rule on yet another application for the freedom of former Ivory Coast president Laurent Gbagbo as his trial for crimes against humanity drags on.

Gbagbo, 73, has spent seven years in detention in The Hague accused of fomenting bloodshed after refusing to accept defeat in elections in the West African nation in 2010.

The court said in a statement that it would “deliver decisions on requests for provisional release and no case to answer motions on 15 January 2019” at 1000 GMT for Gbagbo and his co-defendant Charles Ble Goude.

Gbagbo has asked the ICC — set up in 2002 to try to the world’s worst crimes — to completely acquit him on the grounds that there is not enough evidence to proceed with the trial.

He has lodged a separate application asking for bail should the trial continue.

ICC judges rejected another application for bail by Gbagbo as recently as April.

Gbagbo’s lawyers said in November that his trial had descended into “fake reality” and that prosecutors had distorted history about the violence in the Ivory Coast.

At a bail hearing in December, they argued that the “elderly and fragile” suspect would pose no flight risk if freed on bail and that he was ageing faster because of the length of time he had spent behind bars.

Why Gbagbo is in jail?

About 3,000 people died in clashes during what prosecutors say was an attempt by Gbagbo and Ble Goude to ignore the internationally recognised victory of Gbagbo’s bitter rival Alassane Outtara.

The pair are accused of four counts of crimes against humanity including murder, rape and persecution during post-electoral violence.

Gbagbo was arrested after a months-long standoff with Ouattara’s troops, aided by UN and French forces. He was turned over to the ICC in 2011.

Gbagbo and Charles Blé Goudé, a close ally and former political youth leader, have been on trial since 2016 for war crimes allegedly committed under Gbagbo’s leadership.

Gbagbo himself faces four counts of crimes against humanity including;

What are Gbagbo’s chances of acquittal?

Legal experts say that during the trial, which is roughly half over, prosecutors presented a lot of evidence crimes occurred, but few witnesses could link the ex-Ivory Coast leader directly.

“The prosecutor had a lot of insider witnesses, but if you look at their actual testimony it seems like many were afraid to implicate themselves,” said Thijs Bouwknegt, an Amsterdam University researcher on genocide.

“A real link between the former president and the alleged crimes is hard to make.”

Prosecutors argue the evidence shows Gbagbo and his inner circle hatched a plan to cling to power by whatever means necessary and that the trial should continue.

But the panel of three judges has been split over his ongoing custody, with one repeatedly insisting Gbagbo should be released provisionally while awaiting the outcome.

“There is a lot of pressure on the ICC to make this case a success,” said Bouwknegt.

An acquittal would be a major setback for the prosecution, stung by defeats in cases against Jean-Pierre Bemba, the Congolese ex-vice president released in June after his war crimes conviction was overturned, and former Kenyan President Uhuru Kenyatta, who saw charges against him dropped in 2015.

A collapse of the case against Gbagbo, the first former head of state to stand trial at the ICC who has been in custody since November 2011, could bolster opponents questioning its effectiveness after just three war crimes convictions in 15 years.

If the court supports assertions by Gbagbo’s defence team that prosecutors have failed to present evidence supporting the charges, judges could order his release.

Provisional release can be granted if the judges are satisfied the suspect will return for trial and not obstruct or endanger the court’s work. They will start reading their decision at 1000GMT in The Hague.