Mohamed Salah was named African Player of the Year for the second year in a row. A more than logical choice according to former Senegalese international and double African Golden Ball El Hadji Ousseynou Diouf.

In this weeks’s program, the Egyptian striker was named African Player of the Year for the second time in a row. The reward for a breathtaking season. We spoke about this with a former winner, the Senegalese El Hadji Diouf.

It was a smashing start at the Champions League group stage for Wydad, winning 5-2 against Asec Mimosas. Defending champions Tunis Esperance were held in check in Guinea. Find all the results in this program.

And then hero of South Africa’s qualification for the 1998 World Cup. Phil Masinga, African champion in 1996, died on Sunday. Sad news for African football. 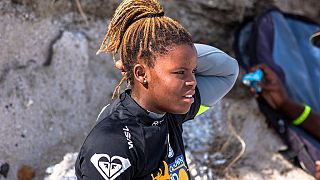