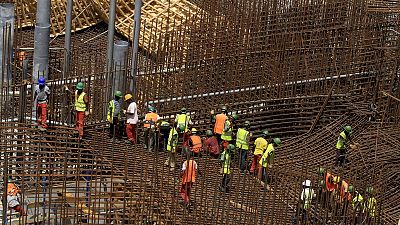 Ethiopia’s water and energy minister said on Thursday that the country will start energy production at the Grand Renaissance dam in December 2020.

750 megawatts is the planned initial production with two turbines.

He said the government expected the dam to be fully operational by the end of 2022.

The minister’s announcement is the first update on construction by a senior government official since Prime Minister Abiy Ahmed in August cancelled the contract of a state-run military conglomerate, Metals and Engineering Corporation (METEC), to build the dam’s turbines.

Abiy said at the time that not a single turbine was operational more than seven years after the government awarded the contract to METEC.

The dam has also been a source of constant friction between Egypt and Ethiopia’s competing energy and water interests respectively.

Egypt fears the project will reduce waters that run to its fields and reservoirs from the Nile river in Ethiopia’s highlands and via Sudan.

A Tripartite Infrastructure Fund that to deal with issues relating to the GERD was established in May last year, in addition to a resolution to regularise the summit of the leaders, to be held every six months alternately in the capitals of the three countries.