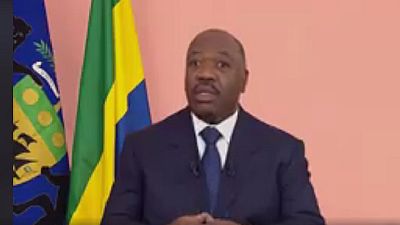 Gabon’s President Ali Bongo chose the auspicious occassion of a new year to address his citizens for the first time since suffering a stroke on October 24.

The New Year’s message recorded in Morocco, was distributed via social and traditional media on Monday.

“It is true that I have been through a difficult period, as sometimes happens in life,” he said in a video recorded in Rabat, where the president has been recuperating since end-November.

Today, as you can see, I am better and I am preparing to meet you again soon.

The 59-year-old leader has not been home to Gabon since he fell ill in Saudi Arabia more than two months ago. A lack of official news sparked fevered speculation that he was incapacitated or even dead.

A single photograph of Bongo and two videos without sound were published in the two months after his stroke, further fuelling rumours about his health.

Speaking straight to the camera in the new video, Bongo elocutes his message seemingly effortlessly, even as his head and hands display slight movement.

Seated at a table, the president’s lower body is not shown.

“Today, as you can see, I am better and I am preparing to meet you again soon,” Bongo said in the video.

Presidency spokesman Ike Ngouoni told AFP: “This speech is proof that President Ali Bongo is fully recovered. His health problems are now behind him.”

The Bongo family has governed the oil-rich equatorial African nation for five decades. The incumbent replaced his father, who died in 2009.

Three opposition party leaders have called for an independent medical team to see Bongo in Rabat to assess whether he is able to perform his presidential duties.

Bongo was narrowly re-elected in 2016 following a presidential poll marred by deadly violence and allegations of fraud. 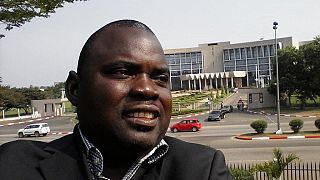