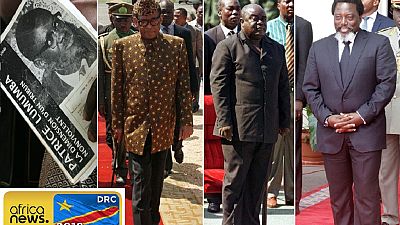 Since independence from Belgium in 1960, the Belgian Congo, one time Zaire and now the Democratic Republic of Congo, DRC, if you want; Congo-Kinshasa has been a theatre of heat – on the political and security fronts especially.

Congolese, however, have the opportunity to turn a page and begin afresh. Previous page turns have been a game of ousting and assassinations. Two assassinations and an ouster.

But as registered voters across the country line up on December 23, 2018 to vote, they are taking steps towards the first peaceful transfer of political power. The seventeen years of Joseph Kabila winds down – all things being equal.

The run up to the polls has not been without twists and turns. A significant death, disqualification of two main opponents, back and forth over voting machines, pro-democracy protests and a crackdown – largely expected.

Away from home, the European Union sanctions on Kabila’s chosen successor, Emmanuel Ramazani Shadary, meeting of opposition heavyweights in trying to forge a united front plus international support for and caution about potential flash points.

The opposition have all but failed to have the voting machines scrapped in favour of traditional ballot papers. The Independent National Electoral Commission, CENI, insists it is their best bet, a move unsurprisingly supported by the ruling party.

Many different groups can claim portions of victory for the ‘change’ that is underway, lives have been lost since 2016 when Kabila’s mandate was expiring. Opposition protests were clamped down upon severely.

Then the Catholic Church, CENCO, stepped in with a strong voice – voice of condemnation and of mediation. CENCO managed to broker what became known as the St. Augustine’s deal on the eve of 2017 – it has hardly been implemented.

Members of the church were at a point at the end of protest crackdown when they hit the streets in an anti-government march. CENCO along with groups like LUCHA were at the heart of domestic pressure on Kinshasa to organize the polls.

The same CENI that at a point averred the earliest polls could be organized was April 2019 will now back down and set a December 2018 date. Kinshasa bravely says it would organize the entire process with state funds to keep out foreign interference.

All eyes are on the presidential poll even though the process is a general election meant to vote in lawmakers and other governors of the different provinces. Twenty men and a woman are in the race to replace Kabila.

When the process is done and a winner is elected and finally sworn in, it would be a break from a post that saw leaders assassinated or forced out of office. The winner becomes the fifth political leader of DRC.