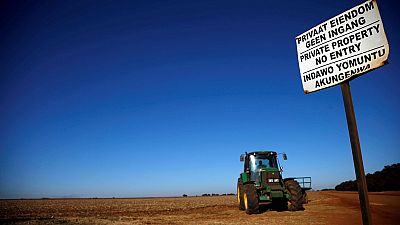 The battle for land reform in South Africa rages on as the ruling Africa National Congress (ANC), working with the opposition Economic Freedom Fighters (EFF), won parliamentary approval of the report endorsing a constitutional amendment for expropriations without compensation.

South Africa’s main opposition party, Democratic Alliance (DA), before the Tuesday debate, had indicated that it “will not hesitate to approach the courts” to stop proposed land reforms if parliament approved the report.

Land is a hot-button issue in South Africa where racial inequality remains entrenched more than two decades after the end of apartheid when millions among the black majority were dispossessed of their land by a white minority.

President Cyril Ramaphosa, who replaced Jacob Zuma in February, has prioritised land redistribution as he seeks to unite the fractured ruling African National Congress (ANC) and win public support ahead of an election next year.

“We support expropriation of land without compensation or zero Rand compensation in the public interest,” the ANC’s Vincent Smith said during the parliamentary debate.

The ANC is backed by the vocal EFF party, whose leaders have consistently called for economic freedom for black Africans, making expropriation of land without compensation their clarion call.

But the main opposition Democratic Alliance (DA) and some rights groups are critical of the government’s plans, saying it will jeopardise property rights and scare off investors.

Ahead of Tuesday’s debate, the DA’s spokesperson on land Thandeka Mbabama blasted the ANC for using land as a political gimmick ahead of next year’s elections.

“To allow for expropriation without compensation is just a political ploy to get votes out of desperate and vulnerable people,’‘ Mbabama said.

The DA has support from other parties including the Congress of the People and the Inkatha Freedom Party who rejected the report, describing it as ‘flawed’.

A parliamentary team last month recommended a constitutional amendment to make it possible for the state to expropriate land without compensation in the public interest.

The team’s report was debated in parliament on Tuesday and approved by a majority of the members present.

However, adopting the report is just one step in a long process to change the constitution to allow for land reforms.

Following Tuesday’s vote, a new bill proposing the change to Section 25 of the constitution to allow for expropriation of land without compensation would need to be drafted.

It would also require the public’s contribution before a debate and vote in the assembly. To become law, it would need passed by both houses of parliament and then signed by Ramaphosa. It is unclear how long this process would take. 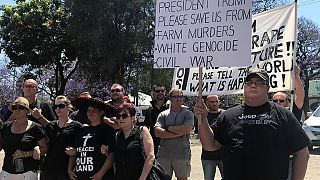 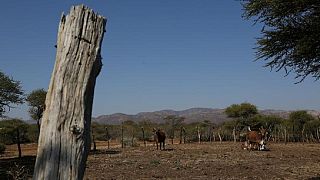 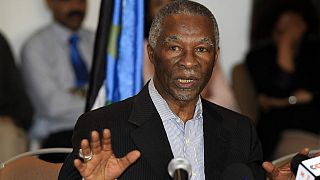